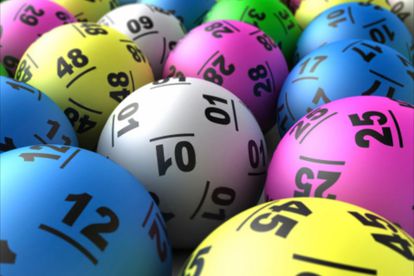 The final chance for the Cape Town winner of the PowerBall Plus draw exactly a year ago to collect his – or her – prize has dawned. Photo: File.

The final chance for the Cape Town winner of the PowerBall Plus draw exactly a year ago to collect his – or her – prize has dawned. Photo: File.

“Hello my long-lost grandpa,” thousands of South Africans are saying, hopefully, as news comes through that a Bloemfontein grandfather is the country’s latest multi-millionaire.

The unidentified man from the Free State capital walked – or should that perhaps be ‘floated’ – into the national lottery operator’s office on Friday to claim his mammoth R121-million PowerBall jackpot win.

“I checked my ticket about 30 times and I still could not believe that I was the big winner that everyone was talking about,” he said.

Earlier in the week various media houses reported that Ithuba, the national lottery operator, was appealing for the still unknown winner to come forward to claim their prize.

“We are excited that we have produced another big jackpot winner this year. We urge all players who bought their tickets in Bloemspruit, Bloemfontein, to check their tickets,” spokesperson Busisiwe Msizi said.

“We understand that the winner could be experiencing feelings of both excitement and anxiety at winning this large sum of money, but we want to assure them that we are prepared to assist them through a smooth claiming process.”

Not a frequent PowerBall player

The winner says he is not a frequent PowerBall player, but plays Daily Lotto regularly. “I usually play Daily Lotto because it is cheaper and there’s a chance to win every day. When I won a bit of money from Daily Lotto, I decided to invest in playing the PowerBall and it paid off big time!”

The man, who is a few years from retirement, said he did not intend to continue working.

“I have worked hard enough and I am grateful to be granted an opportunity to retire earlier than I was expecting, without worrying about finances.

Help wife to complete her degree

“My wife, however, has been longing to complete her degree, and I vow to support her on that.”

A religious man, he plans to donate money to his church. He will also be assisting his house helper and gardener.

“Both of them have been with my family for years now but I was never able to give them more work. Now that I can afford to pay them more, I will be employing them on a full-time basis and I trust that this will be helpful to them too.”

Give caravan to house helper

He also intends to pass on his caravan to the house helper, who has always admired it.

Most of the winnings, though, will be invested to ensure his children and grandchildren will be taken care of for life.

South Africa’s biggest Powerball jackpot is R232-million, which was won in February 2019.