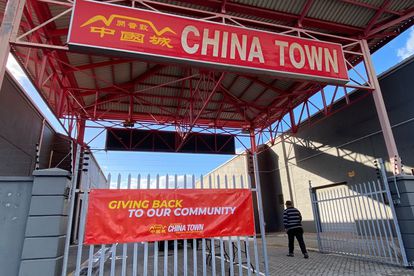 Five suspects were arrested for attempting to kidnap a Chinese businesswoman outside her store in China Town, Cape Town.

A high-speed chase leads to the arrest of five

They appeared before the Wynberg Magistrate’s Court on Tuesday, 13 August. The case was postponed to 6 October for a bail application, reports IOL.

The suspects are intending to apply for bail however the State will oppose this.

How did the attempted kidnapping occur?

According to the State, on 10 September at around 16:00, the woman closed her store at China Town in Ottery. She noticed the accused in a Chevrolet looking at her through their window.

The woman jumped into her vehicle before one of the suspects approached her – then went back to the Chevrolet. The businesswoman drove away and parked her car behind the shop before alerting security.

A car chase reportedly ensued as the accused followed the victim who was also being followed by security. The businesswoman drove onto the M5, jumped a red robot and the accused proceeded to follow her.

She spotted a police vehicle, stopped, informed them of what was happening and they gave chase. The police managed to catch up with the suspects.

The car’s licence plates did not match the licence disc

Spokesperson for the SAPS Novela Potelwa said the suspects were taken into custody after an illegal firearm was discovered.

Potelwa said the firearms’ serial number had been filed off and that they also found rounds of ammunition in the vehicle.

“Upon further searching the vehicle, Lansdowne police also found vehicle licence plates that did not match the disc displayed on the vehicle,”

Previously, it was reported that Bangladeshi businessman Akter Pradhan was forced off the road and kidnapped in Cape Town. Crime report Yusuf Abramjee shared a frightening video of the kidnapping.

According to Abramjee, Pradhan owns a Cash and Carry in Mitchells Plain. Cape Town etc notes there has been a trend of more businessmen being kidnapped in the city. Pradhan is reportedly a known businessman in Cape Town.

Details surrounding the incident are still scarce. In the clip, a man can be seen shoving someone into a car while the onlookers record. A scuffle ensues for a few seconds before the vehicle’s backseat door is eventually slammed. The car starts driving off before the man can jump in. Read the full story here.