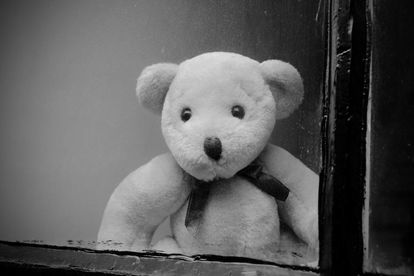 Vusumuzi Pothelwa, 35, was given life by the Western Cape High Court for the murder of his eight-month-old daughter. Photo: Stock Image / Pixabay

Vusumuzi Pothelwa, 35, was given life by the Western Cape High Court for the murder of his eight-month-old daughter. Photo: Stock Image / Pixabay

Vusumzi Pothelwa was presented with a life sentence on Thursday, 9 June, by the Western Cape High Court for the murder of his daughter in 2019. ‘Evil, heartless and cruel’ were the words used to describe Pothelwa, who set fire to his eight-month-old daughter, Kwezi Mtshengu.

Pothelwa aged 35, doused his eight-month-old daughter in paraffin and set her alight in November of 2019. The girlfriend of Pothelwa and the mother of Kwezi Mtshengu had been sleeping in a communal toilet after having left the house. Both the mother and daughter were drenched in paraffin.

The child was set alight after the mother ran for help.

The life sentence given to Pothelwa was commended by The National Prosecuting Authority’s (NPA) Eric Ntabazalila. He went on to address the seriousness of the crime and the urgent need to address and combat gender-based violence, femicide and crimes against children, reports EWN.

“Although it’s something that makes us happy it’s a very gruesome reminder of what is going on in our communities. We still have a huge task in the fight against gender-based violence and femicide and crimes against children,”

Shock as Joburg man SHOT DEAD during breakfast at Tasha’s

In other news, a local businessman was shot multiple times on Thursday morning as he dined at the Tasha’s restaurant in Rosebank Mall, Johannesburg. It’s suspected that he was the victim of an ‘alleged hit-job’, leaving dozens of patrons horrified.

The execution itself is as brazen as it gets. It’s reported that two gunmen casually strolled into the restaurant, locating their target within a few moments. The victim had just placed an order for his food before he was peppered by a hail of bullets.

Casually, the men left Tasha’s, hopped in a getaway vehicle, and sped away. The manager of the Rosebank Mall restaurant spoke to the media shortly after this ordeal, and he described the harrowing scene as a ‘terrible experience’. Read the full story here.