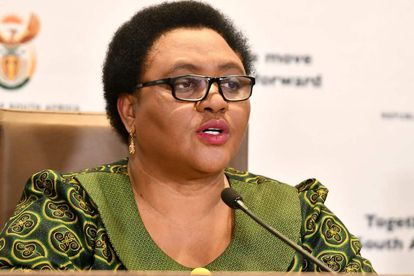 The Democratic Alliance (DA) has called on the Minister of Agriculture, Land Reform and Rural Development Thoko Didiza, to halt all impending eviction notices against emerging farmers on state-owned land.

The official opposition said the move should be implemented while the department’s orensic Investigations Directorate finalises its investigations into farmer’s lease agreements.

Black farmers on the firing line

The party has expressed concern over the alarming number of eviction notices that have been issued to mainly emerging black farmers.

The department had reportedly launched an investigation into complaints made by Vuyisile Zigana, a farmer who had alleged there might have been some dubious activity, at the hands of the department’s KwaZulu-Natal officials, in allocating a farm.

“After considering the recommendations of the report, Minister Didiza wrote me a letter to give assurance that Mr Zigana’s caretakership rights of the farm will be honoured and that the Department will assist him with applying for a lease with an option to purchase,” said DA MP Annette Steyn.

Steyn: ‘It’s hypocritical of the ANC’

She added while the step taken by the minister was welcome, there were legions of cases which were similar – which has paralysed thriving farming enterprises because of the uncertainty brought about by eviction notices.

“The DA finds it hypocritical for the ANC government to pursue a constitutional amendment calling for expropriation of land without compensation while at the same time evicting successful black farmers from state land that they have put under productive use,” Steyn went on.

Didiza announced earlier in October, that government would be availing land, as part of its land reform programme.

She said government had identified 700 00ha of state land across the country, which equate to 896 farms, with the exception of Gauteng and Western Cape.

The minister said the department will enter into 30-year leases with the emerging farmers with an option to buy.