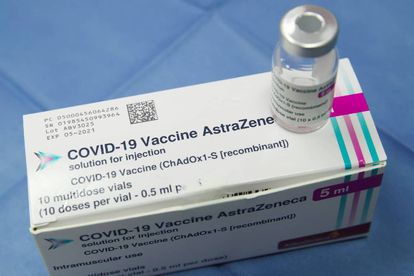 The expiry date of the one million AstraZeneca Covid-19 vaccines secured by the government is a far bigger problem than authorities are letting on, and there’s nothing that can be done about it, an anonymous source has told City Press.

Speaking to the City Press on condition of anonymity, sources involved with the vaccine rollout said the expiry dates on the vaccines – 13 April – means that phase one of the strategy would never have been doable to begin with.

The AstraZeneca vaccine is a two-dose inoculation, with the recommendation that the second dose be administered 12 weeks after the first.

Initial trials had the second dose administered anywhere between four and 12 weeks, with more recent studies erring on the latter end of the scale. Even if someone was vaccinated on day one of the first phase rollout (15 February), the vaccine would have expired by the time of the second dose.

A day-one vaccine recipient would require a second shot on 10 May – a month after the vaccines expire.

In the case with South Africa’s batch, the April expiry date has given government just two months to administer them.

Assuming further batches were coming, the source said, this would have required 15,000 vaccinations a day, starting Monday.

Government officials only found out about the expiry date on the day the vaccines arrived in the country.

Far worse than government is letting on

The relationship between government and the Serum Institute of India (SII) has reportedly soured, with the SII refusing to give the country new doses, and government refusing to pay for the second batch of 500,000 vaccines which were to be delivered in March, the report said.

The other issue is the question of what to do with the vaccines already in South Africa.

Health experts have suggested using the jabs on patients who are high risk or in serious condition – while other measures have been suggested, like selling, or donating the vaccines to other countries.

It cost South Africa R78 million to procure the doses.

Pretoria has since pivoted to using the Johnson & Johnson vaccine, where 80,000 doses are expected to be rolled out this week.

However, doctors and other healthcare workers have expressed some worries about the lack of clarity and planning around the shift.

Government officials said the situation was “fluid” and depended on the rollout readiness and regulatory approvals.

Just weeks into the global rollout of vaccines to combat Covid-19, researchers are shifting their focus to a new class of potential shots to take on the threat posed by fast-spreading mutations, Bloomberg reported.

Variants identified in Africa, Europe, and South America are pushing scientists to target multiple versions of the pathogen in a single shot and perhaps head off more lethal foes that may emerge.

The variant that emerged in South Africa has already shown itself capable of partially evading defenses raised by several vaccines.

Pretoria paused rolling out AstraZeneca shots because it offered minimal protection against mild to moderate illness cause by the mutant, called B.1.351.

With a spreading virus comes an increased risk of more alarming mutations.

“We cannot be complacent that we’ve got the vaccines we need and it’s just a matter of time to ending the pandemic – it’s not,” said Richard Hatchett, chief executive officer of the Coalition for Epidemic Preparedness Innovations, which has worked to accelerate development of Covid inoculations.”

“We’re in a race with the virus and we’ve got to get ahead of it.”

Pfizer, Moderna and Johnson & Johnson have said they’re starting work on developing booster shots or other efforts to bolster their vaccines.

AstraZeneca and partner Oxford are also working on a tweaked version tailored to new variants.

One problem drugmakers confront in the quest for a single shot that covers different strains is that they don’t yet know which ones will be the most prevalent in the months to come, according to Andrew Pollard, the lead investigator on the Oxford trials, Bloomberg reported.

“We know today which ones you would choose, but the virus is likely to continue to evolve under pressure from human immunity and so that could change over time.”