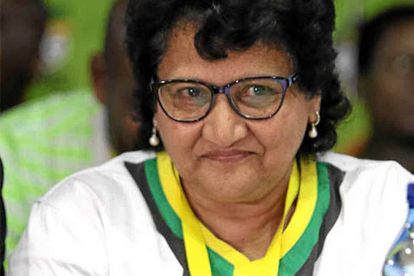 ANC Deputy Secretary-General Jessie Duarte has apologised to Deputy Chief Justice Raymond Zondo over her opinion piece in which she took aim at the State Capture Commission over which he presides.

Duarte said she has “deep respect” Zondo and the work the commission was doing in “unearthing corruption in the state and private sector.”

She added that the “article appears to speak your person directly and for this I humbly apologize to you.”

The apology was shared via official statement by the ANC on Saturday.

Onslaught against people who voted ANC

In the article published earlier this week, Duarte said the commission is an onslaught against people who voted for the ANC.

Duarte explained that her intention in writing the opinion piece was to share her reflections on several witnesses who appeared before the commission.

Her apology comes as the ANC’s highest decision-making body deliberated over a resolution which would require those facing criminal charges to step aside.

This was also against the backdrop of increasing calls for corruption-accused ANC Secretary-General Ace Magashule to step aside from his position, pending the outcome of his trial.

The party this weekend warned its Magashule-supporting members heading to the Bloemfontein Magistrate’s Court on Friday, Feb.19 not to behave in a manner “perceived to be undermining the decorum” of the governing party.