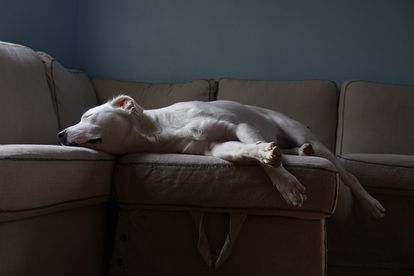 The Bloemfontein SPCA, arguably the busiest branch with regards to Pitbull attacks, has come out to clear the air about misconceptions surrounding the surrendering of Pitbulls by owners.

WHY THE NEED TO CLARIFY BY THE SPCA

The clarion comes after reports suggesting that a great number of Pitbulls were forcibly taken from their owners and euthanised.

In a statement, the Bloemfontein SPCA decided to put the rumours to rest.

“An unfortunate and sad misconception and false fact story are doing the rounds on social media about the Pit Bulls admitted over the last weeks.
We have been inundated with calls to collect PB dogs, and not once did we forcibly take in any animal.
No Pit Bull during this volatile and emotional period was booked in with us for safekeeping or boarding. The female Pit Bull, named Cloe, was surrendered to Bloemfontein SPCA, as was the case with many others.”

PITBULLS MAUL BOYS TO DEATH IN THE FREE STATE

Following the recent tragic deaths of the two boys who were mauled to death, the SPCA says it had to step up its efforts to help owners who feared for the lives of their dogs and protect them from a violent death.

This as a result of the senseless killing of a Pitbull after it mauled a three-year-old boy in Hennenman.

“The moment we left, the PB was forcibly taken by the crowd, stabbed with knives, hacked with spades, and eventually set alight. We were beyond devastated.
Different political groups now sent media messages that all PB dogs will be removed with force and/or killed by the community.
We opened our doors and sent a message that PB owners can call us if they fear for their lives or the lives of their dogs. We stepped up. We got out there, and we were admitting dogs from owners who willingly surrendered them,” said the organisation.

“Every single dog we collected was handed over from makeshift small, dark and dirty cages, or on thick chains with little room to move, or be the wonderful dog they were originally born to be. They all lost their lives the day they were cut off from the world. In many cases, the owners themselves were scared of the dogs they called their own.
These dogs had all lived horrible lives. The emotional scars were visible in their eyes. They were not living in gardens running free, having naps on couches. They were exposed to the elements of nature, poorly fed, and left to breed and inbreed. There was no telling how they would eventually react if homed irresponsibly. We would most probably have another tragedy to deal with, and more dogs violently killed.”

ON WHY THE DOGS WERE EUTHANISED AFTER CONSULTATION

The SPCA says the dogs were admitted and taken their history into account, and after consulting with professionals, it was determined that their fates are worse than dignified euthanasia. “Being burnt alive and exposing them to that risk was not an option”.

“Was it easy for us? It was and still is heart-breaking, and we ourselves don’t always know how we get from one day to the next. We helplessly had to leave a dog that was tortured and took comfort in the one we prevented from dying in agony. We take comfort that we prevented the horrible deaths of many PB dogs who, by no fault of their own, had no option but to go to a life away from this cruel world.
Yes, we euthanised them. Would we have wanted them to be happily home? Of course, but at what risk? We were and are not prepared to risk the life of an animal we know has a disadvantage of living a good life.

We take comfort in knowing this moment that those now on the other side of life no longer have to go hungry, be beaten, or live in small prisons. They are free from this cruel world and humans that failed them. They were failed by their owners, by law”.