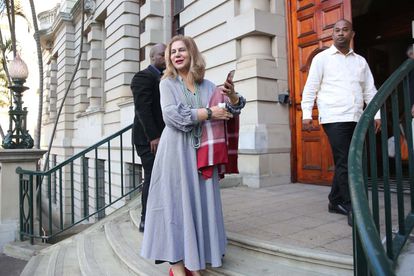 The embattled eThekwini Municipality received another blow on Tuesday when members of opposition parties staged a walkout of the executive committee (exco) meeting at Durban City Hall, causing it to be postponed.

The eThekwini exco contains nine members and at least six are needed in attendance to reach a quorum to allow the meeting to continue and decisions to be made.

Following an earlier announcement by the KwaZulu-Natal African National Congress (ANC) provincial executive committee (PEC) that they were planning to redeploy all of their members part of the eThekwini exco, opposition parties were not willing to acknowledge the eligibility of the ANC members in attendance.

“We were told you are no more members of Exco through the media by the ANC,” he said, according to IOL.

The ANC PEC announced that eThekwini mayor Zandile Gumede would be stepping down and that all exco members would be redeployed within a week.

“The seven days ends today [Tuesday], so we don’t have leadership,” Nkosi said.

He was accused of political grandstanding by ANC KZN chief whip Neli Nyanisa, but he proceeded to walk out anyway and was followed by the Democratic Alliance KZN caucus leader Nicole Graham and KZN chief whip Thabani Mthethwa.

This caused attendance at the meeting to drop below the number required for quorum and it was called off.

Peer moved quickly to reassure residents that the incident would not have an impact on service delivery and the everyday functioning of the city.

“Members of the public can rest assured that service delivery has not been impeded or affected by the postponement of the executive committee meeting, with executive members still acting in their respective portfolios until Council processes are followed for them to be redeployed,” Peer said.

“The Council and administration are still fully functional. In the past seven days, all the subcommittee scheduled meetings did take place. I would like to reassure residents that the transition does not have any negative impact on service delivery.”

Despite promises from the acting mayor, there are still grave concerns that service delivery could grind to a standstill in eThekwini if a similar occurrence happens at the next planned exco meeting on 27 August 2019.

If the decision-making body of the leadership in the province becomes impotent, it is very difficult to see how any decisions will get make or action taken on issues in eThekwini.