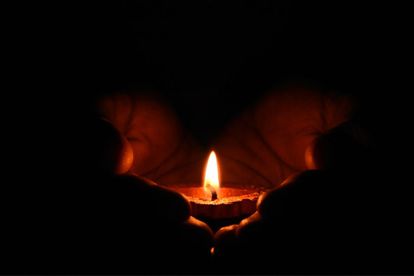 Eskom has celebrated the addition of the unit to the national power grid. Image: Pexels

Eskom has celebrated the addition of the unit to the national power grid. Image: Pexels

Eskom is celebrating after managing to synchronise Kusile Unit 4 to the national grid for the first time. Announcing its success on Thursday, the embattled state-owned entity explained that this would ease capacity constraints.

“Eskom is pleased to announce that Unit 4 of the Kusile Power Station Project was connected to the national grid for the first time on 23 December 2021. This synchronisation milestone means four generating units of the power station are now connected to the grid, and will contribute an additional 800MW to the country’s power system once the unit is fully optimised, following a series of tests and other commissioning activities.”

Whilst Eskom is thrilled to make this announcement, it warned that it will take time before the unit can officially be part of its fleet.

“The unit will supply electricity intermittently during the testing and optimisation phase over the next six months, before being handed over to the Generation division to officially be part of the commercial fleet. This will further assist Eskom as it works tirelessly to address the supply capacity challenges.”

A critical victory for SA amid power issues

Bheki Nxumalo, Group Executive for Group Capital, lauded this victory as a milestone that the nation desperately needs.

“This milestone is just what the country needs to power South Africa and its economy. This achievement signifies the relentless efforts from the team in ensuring that the power station project is completed without any further delays, which would help strengthen South Africa’s electricity capacity. I am grateful for the commitment displayed by the Kusile Execution Team and its contractors.”

Furthermore, Eskom confirmed that synchronization had started last week. In line with this, the unit has ‘performed to expectation’.

Construction at the Kusile power station is set to continue, with Eskom pleased that progress in this regard is going well.

“Construction and commissioning activities on the remaining Kusile Units 5 and 6 continue to progress according to plan.”

State-of-the-art tech a first for SA

Located in Mpumalanga, the station is set to be one of the largest globally upon completion.

“At completion, the station will consist of six units, and will produce a maximum 4 800MW. Situated near eMalahleni in Mpumalanga, Kusile is South Africa’s largest construction project and will be the world’s fourth largest coal plant.”

Eskom further lauded the technology used at the site as state-of-the-art, a first for the nation.

“Kusile is the first power station in South Africa and Africa to use WFGD technology. WFGD is the state-of-the-art technology used to remove oxides of sulphur (SOx), for example, sulphur dioxide (SO2), in the emissions of power plants that burn coal or oil.”