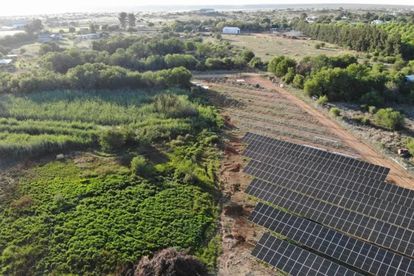 Orania has had enough of Eskom’s loadshedding and plans to leave their power grid. PHOTO: Faceboook/Orania

Orania has had enough of Eskom’s loadshedding and plans to leave their power grid. PHOTO: Faceboook/Orania

Afrikaans town Orania is set to leave Eskom’s grid as the self-governing town has a solar farm to prevent reliance on the wobbly power utility.

The frustrating ongoing loadshedding has reached Stage 6 yet again on Thursday, meaning large parts of the country will be without power for four hours at a time.

ORANIA RESIDENTS MAKE THEIR OWN PLAN

Due to the price of electricity and the continuous loadshedding, Orania’s end goal is to leave Eskom’s grid. This is through their own solar panel farm called Orasol.

Leader of the Orania Movement Joost Strydom said this plan started long before the recent implementation of the black-outs. Instead, this is to ensure the community remains self-reliant.

ALSO READ: ‘Orania must NOT be tolerated’: Panyaza Lesufi calls for town closure

Speaking to The South African, he said they currently had enough solar panels to serve 30% of the community.

“The idea of our own solar farm – Orasol, was the first step and important step we took. 2 500 people have to take responsibility of their own community, and electricity is one of them.”

The first phase of the solar farm project cost the community R10.5 million and not a cent came from the government. This all came from the pockets of residents and Orania supporters, he said.

“We have created a solar farm which now serves 30% of the community with energy. That is the first phase. On a quiet afternoon or a quiet Sunday, we actually produce more electricity than the town needs.”

The second phase of Orania’s plan includes registering with the National Energy Regulator of South Africa (NERSA) in order to feed back into the national grid and get credit from Eskom.

This is in line with their current method of incentivising Orania residents who have already installed solar panels in their homes, explained Strydom.

“If you built a house and have installed solar panels on your roof and you produce more energy than you use yourself, then you can feed it back into the grid and the Orania municipality will give you credit. So, on days when the sun is not shining, you get credited with the electricity that you put back into the grid,” he explained.

ALSO READ: How to join thousands of South Africans who are getting off Eskom’s grid

RESIDENTS GET THEIR HANDS DIRTY IN BUILDING THEIR OWN SOLAR FARM

To establish this solar farm, Orania instead used the labour and hands of its own community and those who have skills in solar energy.

According to the town’s policy, all the work in Orania is done by the people of Orania, Strydom said.

“Everything is done locally. We did learn some skills on the software from external entities but the work is done locally and we have engineers in Orania who are experienced in solar,” he said.

The community’s goal is to ensure they have solar energy enough to supply residents from 6AM to 10PM.

“The third phase is to make sure that the important, economic part of the day is self-reliant… If we can ensure we have power the entire day, we can ask Eskom to keep the power on at night and loadshed during the day when we have our own solar energy,” Strydom said.