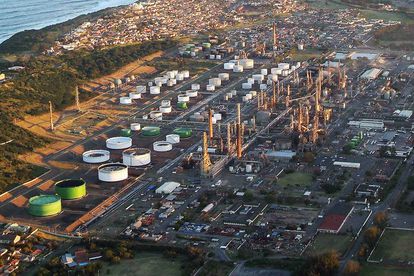 The Engen refinery in Wentworth is set to be turned into a storage terminal, after operating for 67 years. The 120 000 barrel-per-day plant is currently shut down after the refinery was engulfed in flames in December 2020.

The refinery, which is located in the south of Durban is the oldest refinery in the country, the second-largest crude oil refinery and is responsible for approximately 17% of the country’s fuel production.

ENGEN REFINERY SET TO BE A STORAGE TERMINAL IN 2023

In a statement released on Friday, 23 April 2021, Engen’s leadership said it recognised the refinery cannot move forward in its current structure.

“We must safeguard the long-term sustainability of the Engen business; therefore, we are proceeding with the conversion to a terminal”.

“After modelling multiple scenarios in consultation with external international sector specialists, it has become very clear that the Engen refinery is not commercially viable. In view of this, company leadership has recognised that the Engen refinery cannot move forward in its current structure. We must safeguard the long-term sustainability of the Engen business; therefore, we are proceeding with the conversion to a terminal.”

REASONS BEHIND THE REFINERY’S CONVERSION

Engen Managing Director and CEO, Yusa’ Hassan said that the conclusion of the strategic assessment is that the Engen refinery is unsustainable in the longer-term.

“This is primarily due to the challenging refining environment as a result of a global product supply surplus and depressed demand, resulting in low refining margins, and placing the Engen refinery in financial distress. Furthermore, unaffordable capital costs to meet future CF2 regulations compliance continue to be a challenge for the long-term sustainability of the refinery,” Hassan said.

“In an independent viability study and socio-economic impact assessment, the reports confirmed that the refinery is not financially viable and indicated relatively minor impact on overall GDP and taxes, while identifying upside benefits such as better security of supply, trade balance improvements and positive environmental impact. Engen expects the RTT to also deliver other economic benefits over the long-term,” Hassan said.

Hassan added that the repurposing of the Engen refinery will serve as a catalyst for economic growth in KwaZulu-Natal, support job creation and socio-economic growth.