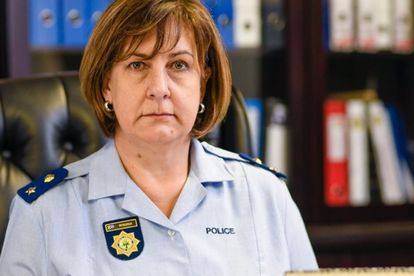 The ‘Facebook Rapist’, Thokozane Jiyane, was sentenced to eight life terms and 223 years imprisonment in August 2021 for raping at least 10 women between October 2019 and February 2020. Lieutenant-Colonel Elmarie Myburgh, the only criminal profiler in the South African Police Service (SAPS), played a pivotal role in his imprisonment.

According to the police, Myburgh is one of four women criminologists in the SAPS. However, she is currently the only trained profiler employed by the police.

The Lieutenant-Colonel has more than 27 years of experience as she joined the service in 1994. She possesses an honours degree in Criminology and Psychology from the North West University and a diploma in Criminal Justice and Forensic Auditing from the University of Johannesburg.

Myburgh has worked on several high-profile cases – the most recent one was that of Thokozane Jiyane better known as the ‘Facebook Rapist’.

Between October 2019 and February 2020, the 23-year-old serial rapist sexually assaulted at least 10 victims in Reigerpark, Boksburg in Johannesburg. Jiyane would befriend his victims on Facebook and lure them to Boksburg where he would rape and rob them.

Jiyane was eventually arrested by Captain SM Manaka from the FCS Unit in Brakpan in March 2020. He was caught in the Angelo informal settlement in Boksburg after an informant alerted the police.

Myburgh compiled a behavioural linkage analysis report for Jiyane’s case before the Johannesburg High Court. The ‘Facebook Rapist’ was found guilty of 17 counts of rape, 10 counts of robbery with aggravating circumstances, two counts of kidnapping, assault GBH and three counts of fraud.

Myburgh also compiled a pre-sentencing report on Jiyane’s prospects of rehabilitation in prison. The accused was sentenced to eight life terms and 223 years imprisonment.

“To Lt Col Myburgh and all the other female Criminologists in the organisation, we thank you for working tirelessly in serving the people of this country and for ensuring that perpetrators of psychologically motivated crimes remain behind bars for lengthy periods,” said the police spokesperson.