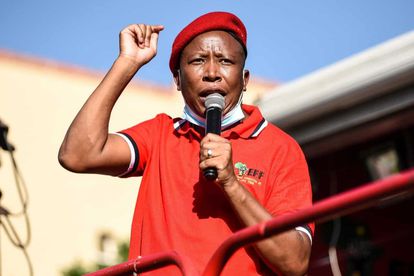 While the Economic Freedom Fighters (EFF) have welcomed the recent name changes in the Eastern Cape, it is still not enough for the red berets. The party is now pushing for a Durban name change too.

The EFF said the name changes are part of decolonisation and the bigger struggle to transform South Africa, however, it is unravelling far too slowly for their liking. It was at that point where they brought up the removal of apartheid statues and the removal of Die Stem from our national anthem. That wasn’t all though, the EFF has multiple city name changes in mind, not just Durban.

In a statement on Wednesday 24 February 2021, the EFF said it is difficult to understand how the ANC kept the name of D’urban as a title of one of SA’s iconic cities.

“D’Urban, a British colonial administrator who was denounced by his fellow colonialist John Phillip as a racist who treated Africans as animals,” it said.

“The names of Bloem, Jan Smuts, Wepener, Christiaan Johannes Joubert and Johannes Rissik (who combined their names to form Johannesburg, the economic hub of South Africa), these names still form part of our cultural identity. Yet this is not surprising as this very government of the ANC is the one that rejected an EFF motion in parliament to repeal all apartheid laws,” it added.

Apart from the name changes in the Eastern Cape and the strongly suggested Durban name change, the EFF said it hopes the ANC will continue the trend in the Western Cape.

“Back in 2012, the Khoi community in Cape Town suggested a name change for Cape Town to X Hui Garb (where the clouds gather). To date, that name has not been considered by the Western Cape Government together with the ANC’s Nathi Mthethwa,” it said.

The party said it will continue to agitate for the removal of Die Stem from SA’s National Anthem and continue to put pressure on Nathi Mthethwa, Angie Motshekga and that Blade Nzimande to gradually elevate African languages in the education machinery into mediums of instruction.

“The project of emancipation is not complete without a cultural overhaul,” it added.

While Port Elizabeth, King Williams Town and Uitenhague are no more, the EFF is determined to add Durban to the list. Whether their request will come to fruition, only time will tell.

In the meantime, Mthethwa said the following changes were officially approved: