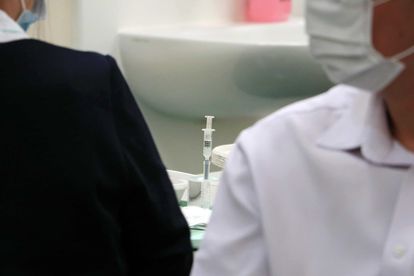 Patience is a virtue, and South Africans will need plenty of it while waiting for a vaccine. With the Johnson & Johnson doses now online – and more Pfizer shots on their way next month – the mass inoculation drive is building up some momentum. However, Mzansi remains well behind dozens of other countries that are jabbing their way to freedom.

When will I get the COVID-19 vaccine in South Africa?

That’s where this VERY handy ‘vaccine calculator’ comes into play: The gadget was developed by two young experts in the field: Elem Oghenekaro is an agricultural economist, and a recent science graduate from the University of Benin. Aleksandra Zając MD, meanwhile, has built several of these tools during the pandemic.

The pair have created a model that assesses the age, employment status, and living arrangements of all South Africans entitled to receive a coronavirus vaccine. Issues such as comorbidities and pregnancy are also accounted for. The model itself is based on the official guidelines released by the SA Department of Health’s Vaccine Rollout Strategy.

Vaccine calculator: Where am I in the queue?

According to Oghenekaro, the average South African will only receive their first shot in July, as healthcare professionals, elderly citizens, and key workers get prioritised above everyone else. Those who get the Johnson & Johnson vaccine will only require one dosage, whereas all other jabs on the market – including AstraZeneca and Pfizer – are administered twice.

“For a healthy young 27-year-old person (the median age in South Africa), there are at least 12 million people ahead in the queue. They won’t get vaccinated until late July, and if they aren’t on the Johnson & Johnson vaccine, they will have to wait until late December to get a second shot from the Pfizer vaccines, which are expected to arrive in March.”

For many, five months seems like an incredibly long time away. But, as ever, hope springs eternal. According to the brainboxes behind the online vaccine calculator, the rollout out will be ‘vastly accelerated’ by the time winter arrives.

“We have considered factors such as vaccine availability, and the information on the number of single-dose vaccines ordered from Johnson & Johnson, and the two-dose vaccines expected to be delivered as the programme progresses.”