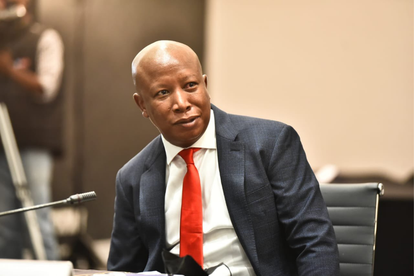 The EFF wants the Minister to resign after allegations levied against her by the State Capture Inquiry report. Image: EFF/ Twitter

The EFF wants the Minister to resign after allegations levied against her by the State Capture Inquiry report. Image: EFF/ Twitter

The EFF has called for Minister Khumbudzo Ntshaveni to step down after being implicated in the latest report issued by the State Capture Commission which was released last week.

In a statement released by the Economic Freedom Fighters on the subject, the political party insisted that the damning findings against the Minister of Communications and Digital Technologies warranted her resignation from the post.

“In the second part of the report given to the Presidency, which deals with the capture of State-Owned Enterprises, Ntshaveni is implicated as part of the board members who purged three executive employees at Denel, as a result of them resisting the nefarious influence of the Gupta family.”

EFF claims Minister had a hand in corrupting SOE

Furthermore, the EFF went as far as to claim that Ntshaveni had a hand in corrupting Denel which the party lauded as one of the top-performing State-Owned Entities in recent years.

“Denel was corrupted by Ntshaveni and her fellow board members, in collusion with then Board Chairperson Daniel Mantsha. The pair led the charge in suspending the then Denel CEO Raiz Saloojee, CFO Fikile Mhlontlo, and the company secretary Elizabeth Africa, on grounds of breaching the Public Finance Management Act. These allegations have not been proven to date.”

The EFF is adamant that the Minster is not only corrupt but ignorant due to her adamance that her actions at the time were all legitimate.

“Ntshaveni is not only corrupt but willfully arrogant, as the commission found that she still thinks what she did at the time was above board. The EFF calls for Khumbudzo Ntshaveni to immediately step down as the Minister of Communication and Digital Technologies, for aiding and abetting State Capture. She must be immediately investigated by law enforcement agencies as per the recommendations of the inquiry, for failing to convene a timely and legitimate disciplinary process for those she purged.”

Additionally, the Red Berets have demanded that the Minister should be personally held liable for the millions lost during the looting of the State-Owned Entity.

In conclusion, the political party dealt a parting blow to President Cyril Ramaphosa whilst calling for the Minister’s probe to be conducted immediately.

“These investigations must happen immediately, to show that not even those closest to the levers of power by being allies of Cyril Ramaphosa are above the law.”