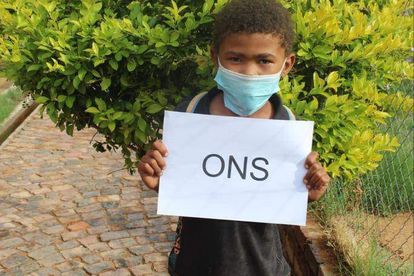 The 56-year-old man from Klawer in the Western Cape who allegedly BUTCHERED a 13-year-old boy appeared in court on Monday morning.

AN EAR, KIDNEY AND INTESTINES FOUND IN DRAIN AT THE HOUSE

“He is charged with murder, kidnapping, assault with intent to cause grievous bodily harm and defeating the ends of justice. The first appearance is in connection with the murder of 13-year-old Jerobejin van Wyk,” Ntabazalila said.

The case has been postponed until 26 April 2022 for further investigation.

Ntabazalila added that Smith’s lawyer has indicated that he does not intend to apply for bail.

“If he does apply for bail, the State will oppose the application.”

Smit was arrested last week after human remains were found on his premises while they were looking for the missing Jerobejin van Wyk.

JEROBEJIN HAS BEEN MISSING SINCE LAST WEEK WEDNESDAY

According to Western Cape police spokesperson Colonel André Traut, the remains were discovered in a sewerage pipe on the premises.

He added that the identity of the person whose remains were found has not yet been established and that the boy is still considered missing.

“Our investigation into the disappearance of a 13-year-old boy led to the arrest of a 56-year-old man in Klawer on a charge of kidnapping on Thursday.

“According to reports, the missing boy was accused of stealing fruit at the man’s residence in Second Avenue on Wednesday and was pursued by him. The boy has not been seen since.

“Investigation led detectives to the man’s residence on Friday afternoon where the human remains were discovered.

“The body of the victim is yet to be found and it is too soon to speculate on the identity of the remains that were found,” he said

ALSO READ: A 13-year-old allegedly BUTCHERED by a farmer for stealing a mango in Klawer

Traut said police investigations were ongoing and forensic experts were in the process of examining the crime scene in search of more leads.

According to reports, local ward councillor Jan Koopman said the community had been searching for the boy since Wednesday.

“The police told us that the man is refusing to speak to them without the presence of his lawyer,” Koopman said.

It is reportedly speculated that a 13-year-old boy was pursued and hit by his car, hacked to pieces, and hidden in a drain after stealing mangoes from him.

Patriotic Alliance leader Gayton McKenzie said during a visit with detectives and family members, it was confirmed that an ear, kidney, and intestines were found in the drain at his house.

McKenzie also earlier said that Smith is a farmer but it has since been said that he lived in the town of Klawer, and is a train driver but this could not yet be confirmed.