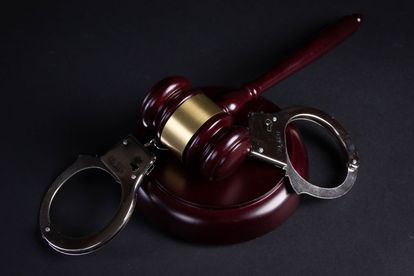 Edward Philip Walter Solomon has been found guilty of attempted murder and murder by the High Court in Pietermaritzburg, KwaZulu-Natal (KZN). The 69-year-old was found guilty of an altercation that occurred on his farm in Cramond in 2017.

NPA shares details of the incident that took Ngubane’s life

Spokesperson for the National Prosecuting Authority (NPA) in KZN Natasha Ramkisson-Kara said that Solomon lived on the farm with the man he killed as well as the complainant Mondli Lembede.

Mothiwa Ngubane is the man who was shot and killed. Its been reported that on the day of the Ngubane’s murder, he was part of a funeral procession with Lembede and others at their homestead.

Solomon interrupted the procession and requested that the mourners leave the area. After they refused to leave, Solomon fired a shot which wounded Lembede and killed Ngubane.

“When they refused to do so he fired a shot, wounding Lembede and fatally wounding Ngubane. He then fled to his house,”

Solomon will remain in police custody

On Tuesday, 21 June, Solomon was convicted. The case has been adjourned to 3 October for pre-sentencing reports. In the meantime, Solomon remains in custody as his bail was cancelled, reports TimesLIVE.

KZN farmer accused of murdering his worker released on bail

In 2018, it was reported that a KZN farmer from the small town of Cramond was released on R50 000 bail, after being accused of murdering a worker on his land back in January.

The decision to release Edward Philip Solomon has been a highly controversial one. TimesLive reported that Judge Jacqui Henriques of the Pietermaritzburg High Court overturned a ruling made by New Hanover Court earlier in the year, which then allowed Solomon to post the bail.

It’s alleged that Solomon killed Mothiwa Ngubane whilst his workers were holding a funeral for one of their close relatives. The farmer objected to this being held on his property, and angrily confronted the mourners.

In the midst of high emotions, a scuffle ensued as Solomon drew his gun and reportedly fired it at Ngubane. He is said to have fired three shots and is also facing trial for the attempted murder of Mondli Lembede. Read the full story here.