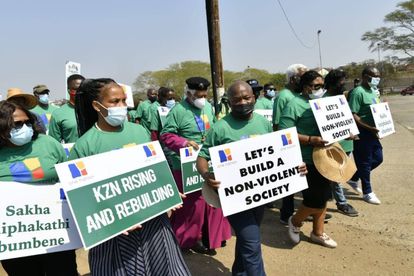 KZN Premier Sihle Zikalala revealed that a memorial will soon be erected in Phoenix to mark the 2021 July unrest which resulted in clashes between black and indian people. Photo: @kzngov / Twitter

KZN Premier Sihle Zikalala revealed that a memorial will soon be erected in Phoenix to mark the 2021 July unrest which resulted in clashes between black and indian people. Photo: @kzngov / Twitter

KwaZulu-Natal Premier Sihle Zikalala announced the erection of a memorial in Phoenix. The town made headlines last year after violent clashes between black and indian people occurred during the July unrest in the province.

Zikalala says the province was tarnished from the clashes

During a social cohesion gala dinner on Thursday, 23 June, Zikalala made the announcement with pupils, teachers and community members in attendance. Zikalala spoke about the violence being an ‘embarrassment’ that left ‘racial undertones’ in KZN,

“The image of the province was left tarnished locally, nationally and globally. There was an erosion of social and moral fibre in the people of province and reversals of gains we had made,”

Premier wants locals to be ambassadors of a ‘non-racial’ society

He called on members of the public to become ambassadors of a non-racial society. Zikalala notes that the way in which people speak to each other and about each other should include understanding non-racialism.

“We have clear examples that tell us if we are united, we can eliminate poverty and illiteracy and can build a prosperous society,”

Previously, it was reported that KwaZulu-Natal Economic Development MEC Ravi Pillay testified before the South African Human Rights Commission (SAHRC) on Wednesday, 22 June. His testimony comes as commissioners concluded their lengthy hearing into the civil unrest in the province last year.

Speaking about the alleged 80 murders, Pillay said he was not aware of any breakdown that had been put out in the public domain that locates said deaths. Investigations into the deaths of 80 people linked to the civil unrest are ongoing. The deaths of these individuals have been recorded at the Phoenix Mortuary.

Speaking about the absence of information, Pillay says they contest the narrative however, they do not contest that the incident was a horrific and painful one. Read the full story here.