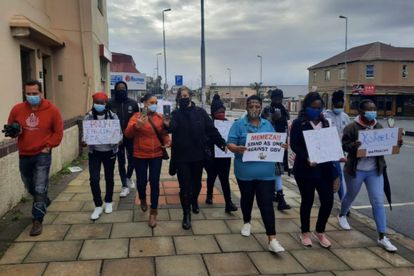 The death of a 23-year-old University of Fort Hare (UFH) law student has rocked the city of East London. Police revealed gruesome details that, unfortunately, will be very hard to forget.

The student’s body was found in a suitcase in Quigney on Thursday 19 August. Next to the suitcase was a black bag with more body parts inside but, sadly, that’s not where the story ends…

While at the scene, police received information that a 25-year-old suspect, believed to be linked to the murder, was found and immediately arrested.

“On further investigation which led the police to the house where the two lived, a plastic bag with other parts of the body was also discovered,” said Brigadier Tembinkosi Kinana.

A preliminary investigation revealed that the suspect and the deceased were in a relationship and have lived together for some time.

The suspect is expected to appear in the East London Magistrate’s Court on Friday 20 August 2021 on a charge of murder.

“This is one of the devastating scenes women do not want to see during this Women’s Month. The incident represents a manifestation of the stubbornness of Gender-Based Violence and Femicide incidents which are endemic within our society” said Ntshinga.

UFH MEMBERS AND OTHERS MARCH AGAINST BRUTAL MURDER

Members of the UFH Stand as One Against GBV, supported by members from the Indigenous Resistance Organisation Against GBV, held a march on Friday 20 August against the brutal murder of the law student.

Stand as One Against GBV said; “We are extremely disturbed, saddened, and angered by the news of a case of femicide of one of our East London students. We condemn all GBV, and murder is never acceptable.”

“The fact that this can happen with such impunity during Women’s Month highlights that the plight of women in this country is very dire indeed. We cannot keep standing by while women live and die in fear and horror every day!” it added.

According to their statement, a candlelight vigil was held on Thursday at 19:30 in front of Express lodge where the body of the slain law student was found. A march was then held on Friday 20 August at 8:00 to the court where the 25-year-old suspect was due to appear.

UFH Stand as One Against GBV also called on the students and staff at the university to shut down for a day on Wednesday 25 August.

Stand as one is available to provide support for witnesses, friends and anyone close to the deceased. Please do contact them if you need support;