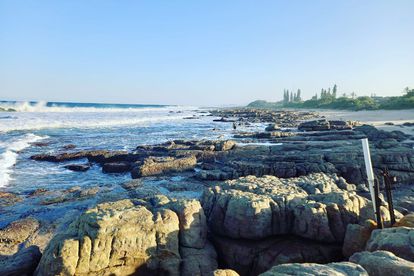 With significant rainfall, snow, and cold weather expected, Durban officials have decided to close the City’s beaches for the weekend.

LAW ENFORCEMENT HAVE BEEN MOBILISED TO ENFORCE COMPLIANCE

The South African Weather Service (SAWS) said that significant rainfall in the order of 20 to 40 mm may occur over parts of KwaZulu-Natal and the extreme eastern parts of the Eastern Cape on this day.

It furthermore said the south-western mountains of KwaZulu-Natal may experience disruptive snowfall during the course of Saturday, which may result in the closure of mountain passes and associated disruption to traffic due to icy and slippery roads.

Moreover, some communities at higher altitudes (such as ski lodges) may become isolated due to deep snowdrifts.

Following inclement weather that has been forecast for this weekend, 28 to 29 August, the City has taken the decision to close all beaches this weekend.

EThekwini Mayor Councillor Mxolisi Kaunda has warned that law enforcement personnel have been mobilised in Durban to enforce compliance with this notice.

“The public is urged to adhere to this notice for their safety.

“Activities such as jogging, walking, running, yoga, and other exercises are allowed.”

The City also said the decision to close beaches might be reviewed depending on weather conditions in Durban, and the public will be notified accordingly.

Disaster teams have been placed on standby as the province braces for the heavy rains.

KZN MEC for Co-operative Governance and Traditional Affairs, Sipho Hlomuka, said a weather warning has been issued for parts of the province including an increased risk of snowfall in the Harry Gwala, uMgungundlovu and uThukela districts.

Hlomuka has urged residents to exercise extreme caution by monitoring weather conditions prior to making any journey.

“We are pleading with communities to ensure that they take the necessary precautions as the weather conditions pose a risk to human life. Our disaster management teams will monitor major routes and areas that are prone to incidents,” he said.