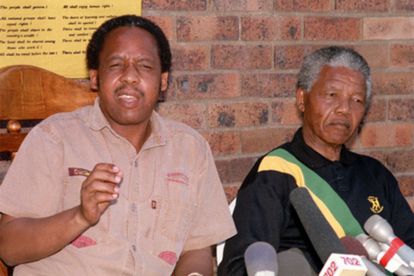 Hani for president and Winnie for deputy

She continued by saying that Winnie Madikizela-Mandela should have been Hani’s deputy president. Continuing with her opinionated post, Duduzile shared that the ‘Boers’ would have paid for what they put South Africans through.

Adding to this, Duduzile believes that land would have been given back to native South Africans if Hani and Madikizela-Mandela were in charge.

Social media users have shared an array of responses to her tweet. While a lot of tweeps seemed to find her opinion insensitive, there was still a large group who were in agreement with her.

Duduzile’s post gained a massive 1,044 likes in just 24 hours on the bluebird application. To add to this, there were over 240 quote tweets and retweets. Some netizens seemed to add to her thoughts with their personal beliefs on the matter.

“Politics are not inherent rather you must study, be active and understand what its all about, but I hear what you are saying.”

“I don’t like Dudu but here she spoke nothing but the truth.”

‘Criminals supporting each other’: Dudu Zuma calls Malema ‘her leader’

Duduzile “Dudu” Zuma continues to share her every thought on Twitter despite the fact that they sometimes – or rather often – lead to her getting slammed by her fellow Twitter users. The 38-year-old daughter of former president Jacob Zuma has once again raised a few eyebrows on the app after she referred to Economic Freedom Fighter CIC Julius Malema as “her leader.”

As usual, her tweet was met with a lot of condemnation from South Africans who wondered why Dudu is so adamant about being buddy-buddy with Malema who turned his back on her father.