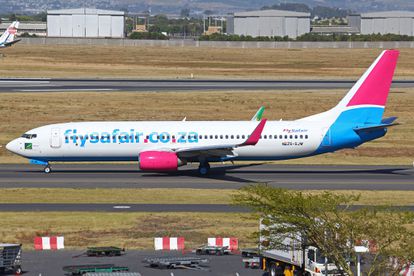 An aircraft within the FlySafair fleet has been grounded this week, after it was forced to make two diversions within the space of seven days. The FA143 flight, going from East London to Cape Town, had to touch down in Gqeberha as a precaution on separate occasions.

The pilots have reported an ‘indication error’ coming from the wing shortly after departure. Although this is a relatively minor issue, FlySafair are in no mood to take chances with passenger safety. After the second incident, the aircraft was ferried to Johannesburg for further inspection – and it’s now out of service.

The news comes just a month after Comair were forced to suspend all flights operated by Kulula and British Airways in South Africa. A number of their planes had been forced into emergency landings earlier in 2022, leading to a comprehensive safety review. The chaos-causing suspension was lifted after one week.

Flysafair has grounded one of its planes to investigate two recent technical errors which both led to flight diversions on the East London to CT route. pic.twitter.com/dB6Y19rEM7

FA143 could return to service soon

Kirby Gordon is a spokesperson for the airline. He has confirmed that the plane will undergo a ‘test flight’ on Thursday, but for the time being, FA143 will remain on the tarmac.

“On 5 April, FlySafair FA143 was diverted to Chief David Stuurman International Airport in Gqeberha after take-off from King Phalo Airport in East London. The flight crew were alerted to an indication error from the wing after departure and followed safety protocol by landing in Gqeberha rather than continuing onto Cape Town.”

“The aircraft performed a normal landing in Gqeberha for inspection. Incidentally passengers flying the same route last week were also diverted to Gqeberha when the crew decided, in the interest of safety, to review a technical component. After the second alert the airline decided to ground the aircraft in question for more comprehensive checks.”