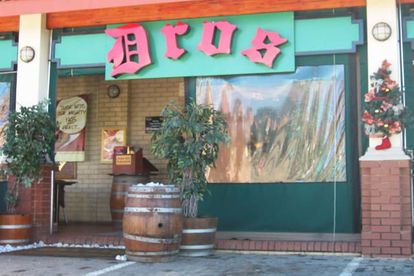 The seven-year-old girl who was allegedly raped in the bathroom of a Dros restaurant by Nicholas Ninow has received a wave of support from all across the globe.

When the story made national headlines, South Africans were absolutely appalled by the nature of the crime. Ninow has not yet been convicted, but he’s the main suspect in the case which heads back to court on Friday 2 November.

The girl’s family had been left devastated by the trauma their daughter suffered. But in the most abhorrently-testing times, it is the kindness of strangers that has given them a glimmer of hope.

A page created on crowdfunding site BackABuddy has raised nearly R140 000 for the victim and her family in little over three weeks. The fundraising endeavour is being carried out anonymously, but the campaign creator is set on providing as much comfort as possible for the youngster:

“We don’t need any recognition or importance out of it, what’s important is that we come together as concerned South Africans, and help this young victim, whose life has all but been destroyed. Our team was saddened and disturbed by the events and our hearts go out to the victim and her family.”

What the money will be spent on

The page explains that all funds will go towards the rehabilitative treatment for the Dros rape victim. After such a horrendous ordeal, she’s likely to undergo extensive therapy treatment, which doesn’t come cheap. Given her age and the severity of the attack, the seven-year-old faces a long road to recovery.

One very generous donor deposited $2 100 to the cause, which exceeds R30 000. Lawyer and Spokesperson for the family, Kiniel Muthray, conveyed their “sincere gratitude” to almost 200 charitable souls who have made their donations:

“In what has been a very trying time, the family wishes to extend their sincere gratitude to the campaign creator, the BackaBuddy team and the 193 donors who have generously supported this cause through donations and messages of support.”

If you wish to further contribute to the victim’s fundraising efforts, visit the page here.