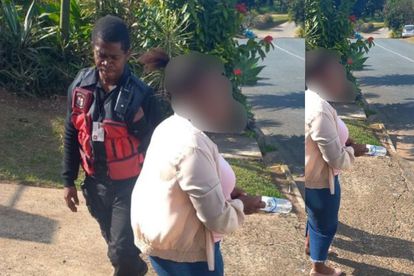 A domestic worker en route to work was robbed of her handbag containing R500 by an armed suspect earlier today, Thursday, 1 September in Lotusville, KwaZulu-Natal.

DOMESTIC WORKER MAKES IT TO WORK WITHOUT HER BELONGINGS

According to Reaction Unit South Africa, the 50-year-old female was robbed while walking to her employer’s residence.

“A resident contacted Reaction Unit South Africa (RUSA) at 14:16 requesting assistance to investigate screams that could be heard on Mimosa Road. Reaction Officers were dispatched to the location and on arrival met with the female who stated that she was walking to her employer’s residence when she was confronted by a lone suspect,” the security company detailed the incident.

RUSA reported that the man produced a firearm and robbed her of her Nokia cellphone and her handbag which contained R500 in cash. The suspect then fled through a pathway.

“Reaction Officers conducted an extensive search for the robber however no arrests were made”.

ALSO READ: Customers NOT killed but tied up during tavern robbery

Street robberies are seemingly common in this area if the comments on the matter are anything to go by.

Ved Deoraj said: “Again I say, all the hotspots have been identified, but no visible policing! Yes, we can understand staff shortage, or vehicle shortage; but innocent people are being attacked in this once peaceful town!”

Sandile Sizwe responded to say: “Police officers don’t care about the community all they want is money and travel with government cars, that’s all”.

This is a developing story. An update will be published as and when new information is available.