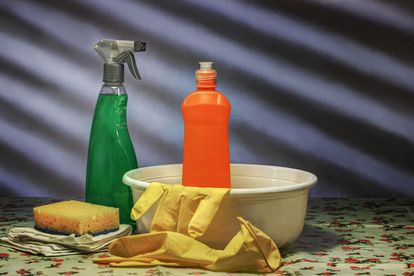 Recent Consumer Price Index data published by Stats SA points towards domestic helpers not keeping up with the rising cost of living.

Many domestic helpers are struggling financially

The wage increase in South Africa for household employees is reportedly far below headline inflation. Many domestic helpers are struggling to keep their heads above water.

The United Domestic Workers of South Africa said they have methods in place to assist domestic helpers who are struggling.

Founder of the United Domestic Workers of South Africa Pinky Mashiane says that domestic helpers are getting poorer as time goes on. Mashiane explained that sadly, a lot of employers cannot afford to pay domestic helpers the national minimum wage.

“Some employers don’t recognise laws that are covering domestic workers because of not seeing labour inspectors knocking at their doors and checking if they’re complying with the law,” said Mashiane.

eNCA reports that Mashiane stated how sad and difficult it is for domestic helpers. Mashiane added that they were attempting to locate people or organisations that can assist them with skills development programmes for household employees.

She hopes that these programmes can help household employees increase their salaries.

Earlier this year, it was reported that three new bills reached president Cyril Ramaphosa after being approved by the National Council of Provinces (NCOP).

These bills, namely the Employment Equity Amendment Bill, Compensation for Occupational Injuries and Diseases Amendment Bill and the Division of Revenue Bill will have a substantial impact on businesses and private households.

One of these includes the formalization of domestic workers with employees being required to register workers with UIF and other essential administration. The Employment Equity Amendment will give the Employment and Labour minister Thulas Nxesi the power to set out employment equity targets for different business sectors. Read the full story here.