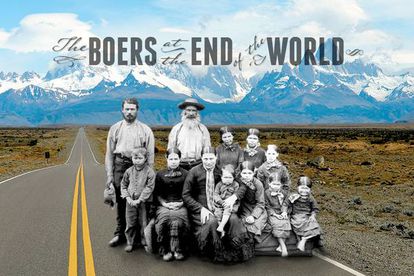 HAVE you ever thought about travelling to South America, hoping to rely on your Afrikaans language skills to get around? It may sound like a ludicrous idea, but you’d be surprised at how this suggestion for a guaranteed adventure of a lifetime may just work – it has worked for a select few people for over a century now.

Just watch the upcoming documentary film, The Boers at the End of the World, which follows the lives of Afrikaner families, who have settled in the small Argentinian town of Sarmiento after the Anglo-Boer Wars, as their numbers are beginning to dwindle dangerously close to single digits.

The Boers at the End of the World, directed by South African filmmaker Richard Finn Gregory, tells the story of the few remaining Afrikaans-speaking descendants of erstwhile Boer settlers in Argentina from the early 1900s.

There were 600 Afrikaner Boer families, who left South Africa over a century ago to move to the remote corners of Patagonia in Argentina. Feeling threatened by British rule following the Second Anglo-Boer War, they set their sails to go south-west and ended up in the uneasy but beautiful terrains of South America’s southern tip – an oil-rich region, which they then helped to develop over the decades.

Their close-knit community has managed to survive to this day, having thrived to numbers of several thousands at one point in this booming region; but their ancestral language may now be on the verge of virtually dying out, with the last few practitioners of Afrikaans barely surviving today. Second and third-generations are reluctant to use die Taal, an unfamiliar language to them, which – according to the younger generations – only pertains to their grandparents.

Many of the younger residents of Sarmiento only speak Spanish and know little about their forefathers’ struggles. They may have learned about their culture from family anecdotes, but it’s near impossible to keep old customs (now dating back centuries) alive – especially when there are almost 5,000 miles between Argentina and Cape Point.

â€œAs soon as I heard this story, I knew it was an amazing one,” says director Richard Finn Gregory.

His film follows fascinating characters like Enriqueta van der Merwe, as she plays “Suikerbossie” on her accordion, and shares that she has never visited South Africa in her life. Other locals tell how they were zealously trying to enlist in the Argentinian military to fight the British during the Falklands War in 1982, as hatred towards the former colonial power still appears to run quite deep and to cut even deeper. Some of the characters even begin to tear up, as they meet other South Africans from outside of their own community for the first time in their lives, feeling overcome by an acute sense of profound nostalgia.

It is rare these days that people allow themselves to feel nostalgic about die Afrikaanse Taal anywhere else. South Africa’s unique language invention, blended together over the centuries as a Germanic kitchen tongue under constant exposure to rich and numerous cultural influences, is no longer deemed ‘fashionable’ with its status as the official language spoken by the former white minority government in all its oppressive manifestations. School advisers even tell children to shy away from learning “the dead language” and opt for one of the African tongues such as isiZulu or isiXhosa instead.

Despite challenging all political correctness, Afrikaans has become a trademark of South African culture globally, as much as braai, boerewors and biltong – and the few Boer people of Sarmiento, never having lived anywhere near Africa, will probably fight for their language and customs to survive as much as their ancestors fought the British during the Anglo-Boer Wars.

This tiny contingency of people in rural Argentina, whose very own survival is tightly interlinked to the endurance of the uniquely South African language, may not care whether this struggle will result in defeat or not, as painful ideas of sacrifice and isolation have always run deep in the veins of “The Boers at the End of the World.”

Richard Finn Gregory’s film project has largely been realised by crowd-funding and is expected to be released next year by The Good Work Picture Company.