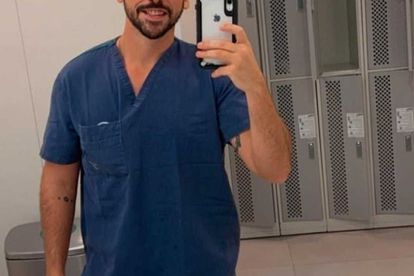 A doctor accused of raping a heavily sedated pregnant woman during a C-section operation has been arrested and could face a string of charges.

According to Daily Mail, Giovanni Quintella Bezerra, a 32-year-old anaesthesiologist was apprehended by police at the Women’s Hospital in Sao Joao de Meriti, Rio de Janeiro state, Brazil, in the early hours of Monday, 11 July 2022.

Staff at the hospital are reported to have secretly filmed him allegedly sexually assaulting a patient whose C-section surgery he was participating in. His colleagues had grown suspiscious after noticing that he gave high doses of sedatives to his patients, particularly pregnant women.

DOCTOR MAY HAVE RAPED TWO OTHER PATIENTS

Days after Dr Bezerra was arrested on rape charges, it has been learnt that two other female patients may have also been sexually assaulted by him.

The staff members who recorded him claim he had carried out two similar procedures on that same day, which Brazilian police are now investigating.

The husband of the first victim has told local media he was asked to leave the room without being able to see his newborn baby. The man reportedly only found out about what had happened to his wife when he recognised the doctor on television after his arrest.

In one of the c-section procedures, staff said Dr Bezerra “wore an open cloak on himself, widening his silhouette, and positioned himself in a way that also prevented anyone from seeing the patient from the neck up.”

During c-section operations, women are generally not entirely drugged up, but Dr Bezerra’s patients claim they were fully unconscious during the procedure.

“The only thing I remember from the surgery is his voice. He kept talking softly in my ear, it bothered me. He asked if I was okay,” said one patient.