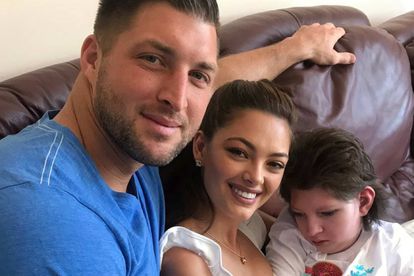 Former Miss South Africa and Miss Universe Demi-Leigh Nel-Peters has shared the heartbreaking news that her younger sister passed away over the weekend. The pageant-winner and humanitarian worker revealed to her Instagram followers that Franje, aged 13, had lost her battle with a lifelong condition.

The youngster had been diagnosed with cerebellar agenesis – Franje was born without a cerebellum, severely limiting her ability to walk, talk and develop as most other children would. This part of the brain receives information from the sensory systems, the spinal cord, and other parts of the brain and to regulate motor movements.

In a devastating social media post, Demi-Leigh Nel-Peters paid tribute to her “angelic” baby sister, thanking her followers and fans for their “love and support”:

“Our hearts are aching beyond measure but I am grateful knowing she’s forever relieved of the pain she experienced on earth. She’s laughing, running and playing in heaven just like we always hoped she would on earth. She’s free! Thank you for all your prayers, love and support.”

She posted three pictures to her account, including two of the pair together and a quote from Romans in The Bible. The text simply reads: “you are loved forever.” Meanwhile, Demi-Leigh’s partner Tim Tebow – a former NFL star and current Baseball professional – also posted a touching tribute to the late Franje.

Our loss but heavens gain. So grateful for the hope we have of being reunited with the ones we love through our Heavenly Father. Mr & Mrs Peters and @demileighnp we are praying for you and love you so much. pic.twitter.com/O3Zu7XcHTu

The pageant community have also been quick to extend their condolences to the South African model. Two former Miss Universe winners – Iris Mittenaere and Pia Wurztbach – commented with their support, as did the former Miss USA Sarah Summers.

Our condolences are with the Nel-Peters family at this difficult time.