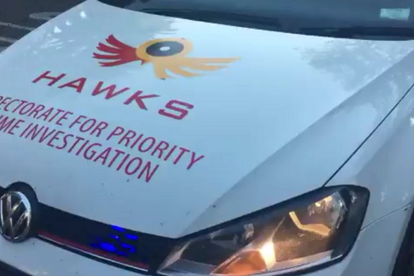 The Hawks are surely a drug dealer’s nightmare. Officers have arrested a Cape Town couple on a charge of drug possession worth R1.4 million in Delft, last Thursday.

According to the report, the Hawks’ South African Narcotics Enforcement Bureau busted the duo carrying illegal substances in their car, but there was more trouble coming for the 35-year-old woman and her 48-year-old partner.

The officers later went on to conduct a search at the couple’s home. The Hawks team uncovered a handful of crack cocaine, mandrax, and tik.

Meanwhile, the Cape Town couple is set for a court appearance at the Bellville Magistrate’s Court.

Elsewhere in the Cape, a man has been murdered in his own house after a policeman in Somerset shot him for allegedly attacking the cop with a spade.

The report says SAPS officers demanded to search the premises at Chris Nissen Park before the tragedy struck.

According to the Ipid’s spokesperson Grace Langa, the Somerset policeman claims the deceased attacked him with a spade inside the house.

“It is alleged that the constable retaliated by firing two live rounds at the deceased which hit him on his right shoulder. The deceased died at the crime scene,” Langa said.

ALSO READ: It’s not load shedding – These Cape Town areas will be without electricity from Monday to Saturday