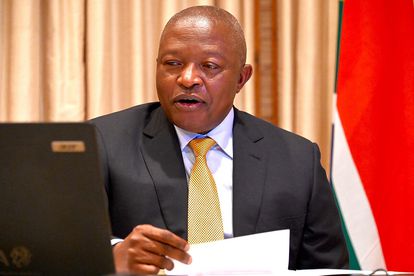 We may be 27 years into our democracy, but some South Africans feel that progress has been all too slow. The apartheid regime was booted out of power in 1994, but since then, many barriers have remained in place for our poorer citizens – mainly thanks to ineffective political policies. However, Deputy President David Mabuza is making no excuses.

In what may be a surprise departure from lines uttered by many of his colleagues, Mabuza told Parliament on Tuesday that blaming apartheid for service delivery issues and municipal failures ‘was no longer acceptable’. He argues that the provision of basic services by these districts has very little to do with the previous regime.

“[The current government] can’t continue to blame past apartheid government for spatial planning issues more than two decades after democracy. People should rather pay for their municipal services instead.”

“As we work together in implementing these service delivery improvement efforts across the country, the performance of municipalities will be efficient and effective in servicing the people.” – David Mabuza

Despite the spatial planning legacy of apartheid still lingering over SA, some politicians have been all too eager to blame their own shortcomings on ‘the bad old days’. Sindiswa Gomba, the former health MEC for the Eastern Cape, blamed her bizarre R10 million purchase of shoddy ‘hospital scooters’ on apartheid last year – to widespread derision.

David Mabuza, however, is done with this ‘easy avenue’. While responding to questions in an NCOP session, he confirmed that government is now working to identify struggling municipalities, and sort out their service delivery failures.

“We are piloting the District Development Model as “a whole of government” intervention to coordinate and integrate development plans, budgets and mobilise all sectors of society in pursuit of inclusive growth and job creation. This seeks to solve the horizontal and vertical silos in government planning and in the provision of integrated services.”

“Through this model, we’re able to track at inter-governmental level, misalignment in government programmes, duplication of services that lead to wastage of resources, and risks associated with poor planning. This enables us to profile all district municipalities, and identify priority districts and hotspot areas in need of urgent intervention.”