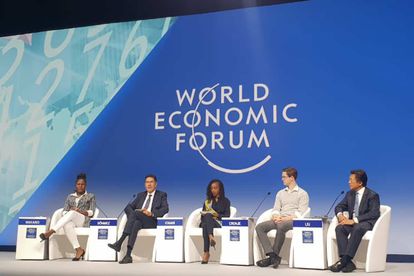 The fourth industrial revolution was in the spotlight at the World Economic Forum (WEF) on Africa in Cape Town as data experts discussed how to navigate the future using information as a commodity to improve lives.

WEF managing director and head of the Centre for the Fourth Industrial Revolution Global Network, Murat Sönmez, told delegates that data is the “oxygen” for Africa and had the potential to crack major challenges in the agricultural, health, and transportation sectors, and even the cure for cancer.

But information must first be “extracted and collected” and was currently locked up.

Sonmez said governments will need to create policy frameworks for how that is done, and already South African government officials have shown a willingness to do that.

Head of Hepta Analytics Sylvia Makario, who is based in Rwanda, said information from data “collected from devices like, for example, cellphones, and electrical appliances that generate information too, is becoming massive and very overwhelming”.

She said it was important to figure out how to ensure that the correct information from that “sea of data” was analysed to make decisions.

Makario said a burning question remains about who should own what is extracted.

“The people whose data is being generated should own their own data. It can be used for evil things and good things. We want to make sure that whoever owns the data understands that and has ethics.”

People should be compensated

She believes there should be residual compensation for individuals so that not just companies harvesting and analysing the data make profits.

“If we head there, I think companies will be more mindful of how they use the data they collect.”

But she said data collection and analysis is already benefiting the continent.

“Data is helping fight climate change in Africa. It worked with the Rwandan government and agricultural ministry, using satellite imagery for information on where crops are planted. It helps, in terms of climate change, to plant and when not to plant.”

Critical to creating an information economy will be the development of infrastructure to collect and analyse information on the African continent. Makari said that way Africans would be able to use their own information to solve their own problems.

“Data is equated to oil because we have seen what oil has done to the African continent. The Africans have never benefited from oil fully. There is always someone coming to take the oil, refine it, and then sell it back to the continent,” Makari said.

“We don’t want to run that risk of someone taking our data about us, going to refine that data, and then selling it expensively, data that is about us, back to the continent, for us to solve our own problems.

“Which is why we have to develop our own platforms that harness the data to sort out our own problems as Africans.”