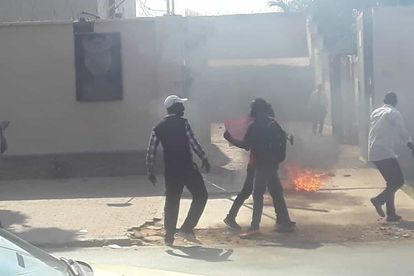 We’ve had it both barrels from Nigeria and Zambia, with murmurs of discontent coming for some of our border-neighbours. But it seems a group of citizens from another African country have turned their backs on South Africa, as small-scale riots and vandalism were reported in DR Congo following the xenophobia-driven attacks that took place in Gauteng this Sunday.

African immigrants were targeted by South Africans, and citizens across the continent have taken their rage to the streets. Now, some five days after the ugly clashes reached a peak in Mzansi, anti-South African sentiment has surfaced in another country.

Anarchy littered downtown Lubumbashi, one of the biggest cities in the DRC. Just before midday, a whole host of angered demonstrators ran amock in the CBD. Plenty of strategic sites were targeted, and the South African consulate saw its windows smashed as projectiles were launched by the crowds.

The area immediately became the target of other protesters too, who wanted to carry out something a little more symbolic. Footage has emerged of one group taking the South African flag and setting it alight:

We’ve seen Shoprite stores in Nigeria raided because they are South African owned this week, and a similar incident has occured in DR Congo. Lubumbashi’s Mr Price – another SA company – was the site of a mass looting earlier on Thursday. Protesters trashed the shop before making a quick getaway.

Despite the police and military devices the consulate, a large clothing store Mpr, restaurants of South African subjects the damage is enormous.

Police have since been able to intervene and dispere a large group of the enraged demonstrators, but much of the damage has already done. At least two people have been injured in the anti-xenophobia action.

South Africa is currently the pariah of the continent. Zambian radio has stopped playing songs from SA, such is their stance on the matter. We’ve had football games postponed and truck drivers harassed due to the ill-feeling between Mzansi and the rest of the continent. Sadly, time is yet to heal any of these noticable wounds.