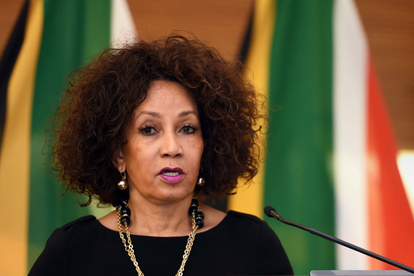 The DA insists that Sisulu has acted in a manner that proves her incompetence as a South African Minister. Image: GCIS/ Flickr

The DA insists that Sisulu has acted in a manner that proves her incompetence as a South African Minister. Image: GCIS/ Flickr

The Democratic Alliance has demanded President Cyril Ramaphosa must take action against Minister Lindiwe Sisulu. The opposition party insists that Ramaphosa must order a retraction and apology over her comments against the SA judiciary.

“The Democratic Alliance (DA) is calling on President Cyril Ramaphosa, in his capacity as the Head of the Executive, to instruct the Minister of Tourism, Lindiwe Sisulu, to retract and issue a public apology for undermining the Judiciary and casting aspersions on its integrity in a recent opinion piece. Even if no formal finding of wrongdoing has been made on Sisulu’s remarks, President Ramaphosa has an obligation to protect public trust in the constitutional integrity of other arms of government.”

In addition to this, the DA has demanded that Sisulu should answer for her actions before Parliament’s Ethics Committee.

“We will also call on the minister to appear before Parliament’s Ethics Committee where she will be asked to explain how, as a Member of Parliament, she reconciles her attack on the Judiciary with the Parliamentary Code of Conduct. This Code stipulates, among others, that members “act on all occasions in accordance with the public trust placed in them”. It also demands from members that they “discharge their obligations in terms of the Constitution, to Parliament and the public at large, by placing the public interest above their own interests” and that they “maintain public confidence and trust in the integrity of Parliament and thereby engender the respect and confidence that society needs to have in Parliament as a representative institution.”

The DA has made it clear that it views Sisulu’s provocative comments as nothing short of a ‘direct attack’.

“In an op-ed titled “Lindiwe Sisulu: Hi Mzansi, have we seen justice?”, that was carried by Independent Online on 7 January 2022, Sisulu launched a direct attack on the Judiciary and appeared to insinuate that black judges were “house negroes” whose interpretation of the law had no African or Pan African ideological grounding. She claimed that: “Today, in the high echelons of our judicial system are these mentally colonised Africans… (whose) lack of confidence permeates their rulings against their own…””

Sisulu unfit to serve as Minister

The opposition party insists that Sisulu’s actions make her unfit to serve as a Minister and that, had she made these comments anywhere but in SA, she would have been fired.

“Simply put, Minister Sisulu is not fit for Cabinet, and anywhere else her job would be on the line. In a functional democracy a member of the Executive who launches a calculated and damaging attack on the integrity of the Judiciary would be summarily fired by the Head of the Executive. But we also know that President Ramaphosa demands very little in terms of accountability and ethics from his ministers and is unlikely to take such action.”