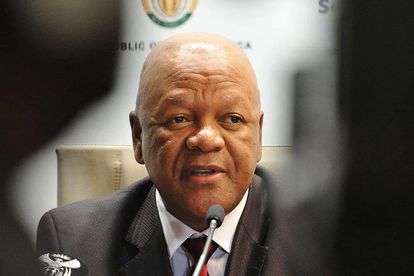 The Democratic Alliance (DA) has vowed to fight for ‘energy independence’ from Eskom, with the call to purchase electricity directly from Independent Power Producers (IPP) growing louder.

Rotational load shedding, which has plagued the country, intermittently, for the last few months, has slunk back into its dark hole of despair. Before tiptoeing away, it cost the South African economy upwards of R20 billion in 2019 alone, leaving in its wake a never-ending trial of frustrated and disillusioned citizens. Eskom, the national power supplier, has become the flagbearer for incompetence – the very name itself eliciting a flurry of responses, none of which are endearing.

Official opposition parties are, by virtue, bound to their critical assessments of national administrative failures. Eskom, being the most valuable of all state owned enterprises, has a target painted on its back, with the ruling African National Congress (ANC) trying – and failing – to restore faith in its beleaguered power plan.

With just over a month to go until the 2019 elections, Eskom’s failures have caused the perfect storm – a strong sense of discontentment and confusion on which the DA is hoping to capitalise on. Recently, the official opposition party has been scathing on Eskom’s failures, pointing to elements of corruption and general mismanagement incubated under the ANC’s watch.

Maimane reiterated his commitment to breaking Eskom’s monopoly, pointing to a plan of action which had previously been described in parliament. During his address to the media on Tuesday, Maimane took direct aim at Energy Minister Jeff Radebe. Maimane, who has vowed that DA-led areas will be ‘energy independent’ through the use of IPP’s – thereby effectively snubbing Eskom – said:

“Every DA mayor in the country, where appropriate and possible, will write to the Minister of Energy, Jeff Radebe, requesting a determination in terms of Section 34 of the Electricity Regulation Act 4 of 2006, allowing those municipalities to bypass Eskom and procure electricity directly from Independent Power Producers (IPPs).”

Maimane noted that Section 34 of the Act made allowances for municipalities to enter into tender procedures with the private energy sector. These tenders, which would need to be “fair, equitable, transparent, competitive and cost-effective” would ultimately allow for new generation capacity, facilitated by the National Energy Regulator of South Africa (NERSA).

Judging by Maimane’s fervent address, Minister Radebe has been less than forthcoming with regards to Section 34 of the Electricity Regulation Act. In light of the alleged uncooperativeness, the DA has redoubled its legal efforts against Radebe, taking the case to North Gauteng High Court. Maimane explained:

“The City of Cape Town will continue full steam ahead with its court action in the North Gauteng High Court, seeking to compel the Minister Radebe to grant a Section 34 determination to the City to procure electricity directly from IPPs.

The outcome of this case will set legal precedent for all municipalities in South Africa wanting to provide affordable, reliable and diversified electricity to their residents.”