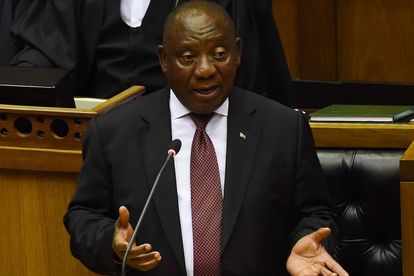 Ramaphosa finally unveiled the highly-anticipated plan on Thursday, 15 October 2020, in Parliament. The plan includes a series of measures which are aimed at aiding the country’s economic recovery and creating more than 800 000 job opportunities.

“We have committed R100 billion over the next three years to create jobs through public and social employment as the labour market recovers,” he said.

“This starts now, with over 800 000 employment opportunities created in the months ahead. The employment stimulus is focused on those interventions that can be rolled out most quickly and have the greatest impact on economic recovery,”

The DA’s John Steenhuisen however, questioned how these jobs would be created, in light of bids to reduce the wage bill.

Ramaphosa said the plan would raise growth to around 3% on average over the next 10 years.

EFF: ‘The plan only exists in the imaginary world’

The EFF has described the plan as a dismal failure which proves that Ramaphosa and his government do not have the political courage and vision of a country without unemployment, inequality and poverty.

“The EFF has consistently warned that any attempt to reconstruct and reorganise South Africa’s apartheid economy based on the failed National Development Plan is pointless and foolish,” said the party’s spokesperson Vuyani Pambo in a statement.

The red berets further took a swipe at the president and the R500 billion COVID-19 relief package, saying it never existed.

“Any of the reports of what Ramaphosa presented as the achievements of the economic and social relief has no scientific basis. Instead the reality that we are aware of is that two million people lost their jobs and the economy declined by 16.4% in the second quarter of 2020,” he said.