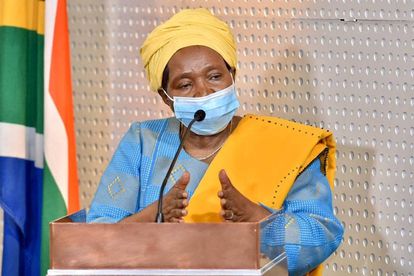 It’s not often the Democratic Alliance (DA) puts its faith in Nkosazana Dlamini-Zuma to fix any kind of crisis – but the COGTA Minister has been asked by her opposite number to step in and ‘take control’ of the electricity nightmare engulfing Johannesburg. Several harsh load shedding schedules have been exacerbated by further outages in the last week.

Dlamini-Zuma to the rescue for Johannesburg?

The power cuts are having a knock-on effect on the water supply, too. The reticulation system has been taken offline in some parts of the city, due to prolonged blackouts. Many residents are reporting that they are experiencing load shedding for longer than scheduled – fuelling the theories of Ted Blom, who stated that Eskom has been lying about stage severity.

This chaotic, calamitous cocktail has led Cilliers Brink – the shadow COGTA minister – to lobby the national government. He wants to see state intervention in Johannesburg, led by none other NDZ herself.

In the past two weeks, thousands of Joburg households have suffered electricity outages above and beyond Eskom’s load-shedding schedule. – @BrinkCilliers

DA seeks an unlikely alliance to keep the lights on

Brink confirmed that the DA wrote to Dr. Dlamini-Zuma on Friday, pleading with her to step in and deal with the crisis at hand. Utterly unconvinced that local authorities can do anything more to avert disaster, the opposition is calling in the big guns – even if that means trying to get onside with someone they’ve battled constantly since the pandemic started.

“While no reticulation network was built to completely withstand the effects of load-shedding, the fragile state of Johannesburg’s network marks the situation for special attention. Joburg is the economic heartland of the country and so the possible collapse of the city’s reticulation network presents an outsized risk to the entire country.”

“It is not clear that the mayor of Johannesburg has a handle on the situation. On Friday, the DA wrote to the Minister of Cooperative Governance and Traditional Affairs, Dr Nkosazana Dlamini-Zuma, to step in and make sure that all interested parties, including the municipality, Eskom, and the South African Police Service, get control of this crisis.”