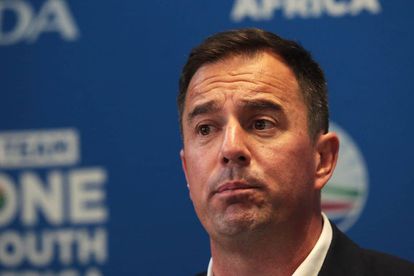 The Democratic Alliance (DA) has called for strong action to action to end ‘ANC factional violence’. The party says for days now protests, destruction of property and the looting have raged throughout KwaZulu-Natal and now other parts of the country, following the incarceration of former President Jacob Zuma, and for days the President has been missing in action

DA leader, John Steenhuisen said what was missing from the President’s address tonight was stronger action to curb the violence and looting that is sweeping across the country.

“As large parts of South Africa go up in flames as the bitter factional battle in the ANC spills onto our streets, South Africans are left with one burning question: Where has our leadership been until now?,” he said.

“For days now the destruction of property and the looting have raged throughout KwaZulu-Natal, and now also other parts of the country, following the incarceration of former President Jacob Zuma, and for days our President has been missing in action. We note tonight’s words of condemnation, but this should have happened right at the start.

“President Ramaphosa also should have acknowledged the ANC’s role in this crisis, as this is essentially their internal war being waged on our streets. This is a time when our president should be at the forefront of the efforts to restore calm. It is also a time when all the country’s policing and intelligence resources should be deployed to snuff out these criminal activities at the source.”

Steenhuisen also added that back when individual beach walkers or surfers needed to be arrested, SAPS wasted no time sending dozens of police vehicles to our country’s beaches.

“There were enough officers on standby to arrest those operating soup kitchens or parents making an emergency run to the shop for baby formula. But when the war in ANC turns into a free-for-all of looting and vandalism, they are nowhere to be seen,” he said.