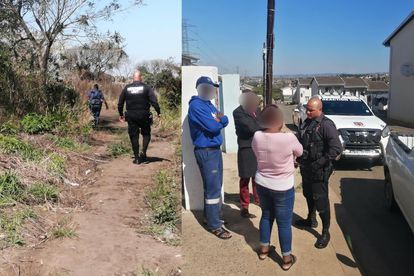 Customers robbed at a tavern in KwaZulu-Natal were at least left traumatised, than lying in cold blood after the joint was held up earlier today, Monday, 15 August.

According to Reaction Unit South Africa (RUSA), the tavern was held up by two gunmen who tied up the patrons before robbing the joint.

“The owner reported the robbery to Reaction Unit South Africa (RUSA) at approximately 11:47. Reaction Officers were dispatched to the premises and on arrival met with the victims.”

They explained that two men entered the tavern under the pretext of purchasing alcohol before they produced firearms.

“Two patrons were cable tied and the owner was robbed of an undisclosed amount of cash”.

RUSA indicated the robbers also loaded alcohol into a bag before fleeing on foot.

“Reaction Officers and members of the Verulam SAPS conducted an extensive search for the suspects however no arrests were made,” the company reported.

Fortunately, no injuries were reported, according to RUSA.

THE WORST OUT OF TAVERN-RELATED CRIMES

In the wake of recent tavern shootings in the country, the patrons are likely to be thankful that their lives were spared.

The country is still recovering from a spate of tavern shootings in Gauteng and KwaZulu-Natal over the last month.

Over 20 people were killed over a single weekend last month in separate tavern shootings. Soweto saw the death of 16 people, in Katlehong two and in Pietermaritzburg four were murdered – leaving eight wounded.

Police have made some progress on these cases. Out of the three, there were reports of arrests in the Pietermaritzburg and Katlehong cases. In the Katlehong matter, an Ekurhuleni Metro Police Department (EMPD) officer was implicated. The 24-year-old suspect was arrested in connection with the shooting and faced multiple charges of murder and attempted murder.
Police spokesperson Brigadier Brenda Muridili said upon arrival at the suspect’s address, a search was conducted and the team recovered a 9mm pistol and ammunition.