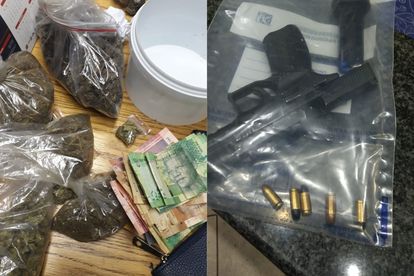 Over 300 suspects were put behind bars for various cases within the Ekurhuleni Policing precincts this past weekend.

MORE THAN 300 SUSPECTS NABBED IN EKURHULENI

According to a statement coming from the Office of the District Commissioner, Major General Anna Sithole, a total of 351 suspects were brought to book for committing various offences.

Captain Sekgobela detailed that some of the suspects were arrested after joint high-density operations that were conducted by the police and other law enforcers in the District, the major ones being in Tembisa and Dawn Park.

The Captain added that 5 unlicensed firearms were taken off from the streets. The firearms were recovered in the Norkem Park area, Birchleigh and in Ivory park Extension 7.

“The one recovered in Ivory park Extension 7 was after the suspect committed a business robbery, another one was recovered in the Tokoza area at Serema Street during stop and search and a Revolver was found abandoned in the Sebenza policing precinct,” the Captain explained.

SHEBEENS WERE NOT EXCEMPTED FROM THE OPERATION

Also, 12 illegal shebeens were shut down, six in Tembisa, three in Dawnpark and another three in Primrose.

Sekgoba said the Ekurhuleni District Commissioner, Major General Anna Sithole applauded the law enforcers and not forgetting the concerned community members who are always ready to work together with the police in order to address the proliferation of unlicensed firearms and the scourge of substance abuse in the district.

“All the suspects are expected to appear in their respective magistrate courts soon to face their charges,” Sekgoba concluded.