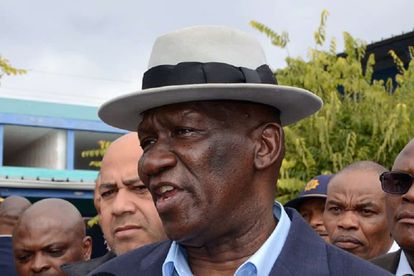 57 people are murdered in South Africa every day, a statistic that requires more stringent action by the police.

This is according to Police Minister Bheki Cele who was speaking, as the South African Police Service presented the Crime Stats for the 2017/18 financial year at the Good Hope Centre in Parliament on Tuesday.

“The example I have all the time when I talk about these stats, it doesn’t matter what figures you give. But if you cannot deal with or control murder cases, you are not bringing any joy to the South African people.

“It doesn’t matter what else you reduce, but if people die and it looks like … 57 [people are dying] per day. That’s how many South Africans are murdered, 57 a day. It borders close to a war zone,” he said.

An eagle eye’s view of the murder statistics shows that 20 336 murders were reported during the period under review, which represents a 6.9% increase overall when compared to the previous year.

Cele said as a result of the trend he has instructed the police’s top management that South Africans cannot be left to live in fear.

“I immediately say the South African Police Services dropped the ball for such figures to happen. I want to put it here that answer we must give is what is to be done because I have said to the members of the SAPS that never again we come here again to give such statistics or worse than this. It can’t be that South Africans are put under such stress and such fear… [for] murder,” he said.

Cele said while police need to do more to bring the murder rate down, it cannot be left to the police alone to arrest the situation.

The murder rate, meanwhile, provoked a reaction from Members of Parliament, with Police Committee Chair Francois Beukman stating that the 6.9% murder rate was “alarming and unacceptable”.