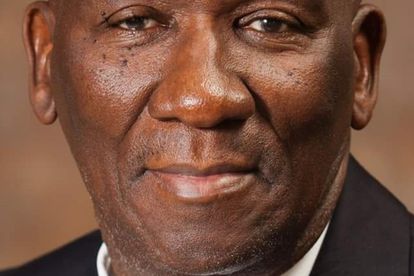 Bheki Cele has a zero tolerance policy when it comes to crime and the murder of any cop from his team. Image: Twitter

Bheki Cele has a zero tolerance policy when it comes to crime and the murder of any cop from his team. Image: Twitter

The murder of an Mzansi police officer proves they are not invincible and can also be victims of vicious crimes.

Sergeant Mzamiseni Mbele, 39, was beaten to death in Weenen in April 2021. He became vulnerable when his car broke down on the R74 highway. Pretending to be “Good Samaritans” the men then approached Mbele offering to help him.

Sboniso Linda, 36, and Nkanyiso Mungwe, 25, went on to rob Mbele, severely assault him and they left him to die. A concerned farm worker found Mbele the following day. The murder was reported to the Weenen police station.

Investigation team on the ball

Police spokesperson Captain Simphiwe Mhlongo said the Hawks and Pietermaritzburg police were assigned to the case: ”The accused were swiftly caught, arrested and charged.”

Bail for the duo was successfully opposed. They made many court appearances until they were found guilty at the Madadeni High Court.

Linda will remain behind bars for 30 years for murder and robbery with aggravating circumstances. Half of this sentence will run concurrently.

Mungwe was sentenced to five years imprisonment for attempted robbery with aggravating circumstances.

Since July to September 2022 police minister Bheki Cele said that 22 police were killed.

Cele said: “It is simple. Police must meet fire with fire!”

The weapon of choice for most of the murders in Mzansi are guns. Police statistics showed that 961 people in KZN, 768 in Gauteng and 526 people in the Western Cape died from gunshots.

There is a lengthy process to apply for a legal gun with many papers to sign. It is a wide belief illegal firearms are stolen from legal firearm owners and used to commit heinous crimes.