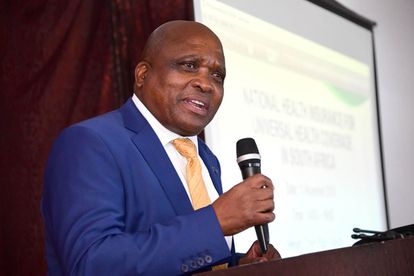 Health minister Dr Joe Phaahla has announced that COVID-19 hospital admissions have gone down by 3% over the last seven days.

Phaahla gave an update on COVID-19 and vaccination roll out plans on Friday morning, 27 August 2021.

Phaahla says new COVID-19 cases saw a reduction of 2.2% , noting that there have been increases in the Eastern Cape, KwaZulu-Natal (KZN), Northern Cape and the Free State, over the past seven days.

The minister says the positivity rate remains between 19 and 20%, which means the country is still far from easing some of its restrictions, as per the World Health Organisation’s (WHO) guidelines.

Dr Joe Phaahla further says he is encouraged by the sustained and continuous downward trend in the number of COVID-19 cases in Gauteng. The province had been the country’s epicentre during the third wave, but was recently overtaken by KZN.

There are currently more than 11 000 active cases of the respiratory disease.

The health minister has also noted a worrying trend in both the Western Cape and Northern Cape – more people between the ages of 10 and 19 have been testing positive for COVID-19. He says some of the infections can be traced back to the reopening of schools.

“There are also indications that social activities have had a role to play, such as young people going to parties without precautions. So this has played a major role. What this means is that the third wave is dragging longer than the first and second waves,” Phaahla said.

Phaahla has urged citizens to not let their guard down as the third wave continues to behave in an unpredictable manner.