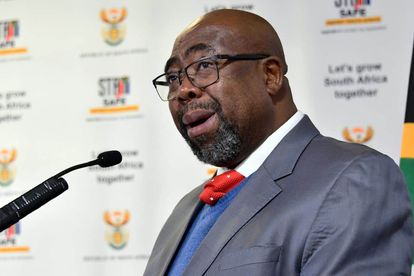 The Department of Employment and Labour has welcomed the arrest of a 39-year-old bookkeeper who is accused of swindling the Unemployment Insurance Fund (UIF) COVID-19 Temporary Employer-Employee Relief Scheme (Ters) of R11.1 million.

The suspect is scheduled to appear in the Palm Ridge Magistrate’s Court on Tuesday 31 August 2021.

The bookkeeper is alleged to have submitted UIF Ters claims on behalf of four clients but conveniently forgot to make the clients aware. Subsequently, an amount of R11.1 million was paid into the suspect’s business accounts.

“The intended clients realised something was not fine after they were harangued by their employees for not paying them Ters monies they had claimed and at this point, they reported the matter to the police,” said UIF spokesperson Makhosonke Buthelezi.

“Following joint investigations between the UIF and the police, the suspect was traced and arrested in Durban on Wednesday 25 August 2021. A luxury Audi Q2 suspected to be part of proceed of crime was seized,” he added.

‘THE LONG ARM OF THE LAW WILL CATCH UP WITH YOU’

“I hope the latest arrest sends a strong and clear message to other would-be fraudsters that the long arm of the law will catch up with you. Those who have helped themselves to the funds earmarked for workers during lockdown should always remember: The long arm of the law is creeping towards them and they will not have peace,” said Yawa.

“Working together with law enforcement agencies we will continue investigating every lead pointing us to suspected fraudulent activities, and we thank the public for being vigilant about abuse of COVID Ters funds. We cannot tolerate the siphoning off of worker’s benefits by unscrupulous individuals. All fraudsters are on notice and we hope more of these suspects will be arrested and sent straight to jail,” said Yawa.

The latest arrest is against the backdrop of at least 17 suspects who have been apprehended and appeared in various courts around the country for allegedly fleecing the UIF’s COVID-19 Ters scheme.

The Fund has also recovered around R827 million through the “follow the money” project and anticipates that more will be recovered as the project is extended a further 12 months.

New National Shutdown IMMINENT, as unions plot to ‘bring SA to its knees’