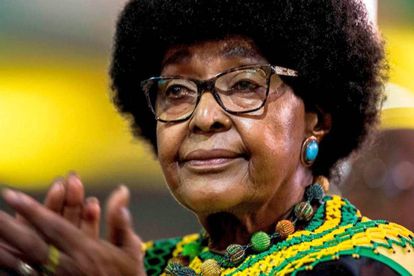 Be prepared, because this is one of those stories that can raise the blood pressure if you’re of a certain political persuasion: There’s been an angry reaction to claims made by Minister Lindiwe Sisulu this weekend after she stated that the town of Brandfort in Free State could be renamed ‘Winnie Mandela Town’ in the near future.

Brandfort, situated some 60km north of Bloemfontein, is an iconic landmark in the history of the struggle – and it holds great personal significance for Winnie Mandela herself. She was sent to live in this part of Free State, when the apartheid regime attempted to exile the liberation stalwart for her continued acts of defiance.

Winnie Mandela made a home out of Brandfort, and Sisulu believes that changing the name of the town would be an appropriate way to commemorate her legacy. Others, however, are much more uncompromising in their views…

Sisulu’s suggestion seems to stoke the flames regarding the renaming of certain locations and monuments. Last week, Cyril Ramaphosa said he ‘would not apologise’ for tackling the legacy of colonialism in South Africa. However, Jan van Niekerk is the FF Plus provincial leader in Free State, and he is dismayed with the suggestion.

“The proposed name change to Winnie Mandela Town will have great financial implications for all spheres of local government while making absolutely no contribution to alleviating poverty, infrastructure development, or the growth of the local economy. Brandfort’s local economy has already been paralysed by the serious impact of the COVID-19 pandemic.”

“It is unacceptable that the ANC government wants to rename towns and cities as in doing so, it is disregarding the history and development of these towns and cities. The ANC is merely using such populist statements about sensitive matters to canvas for votes seeing as it is clearly not able to provide proper service delivery.”

If they change Brandfort to Winnie Mandela, I trust the hill there will be called Necklace Heights and the main street Stompie Seipei Road.