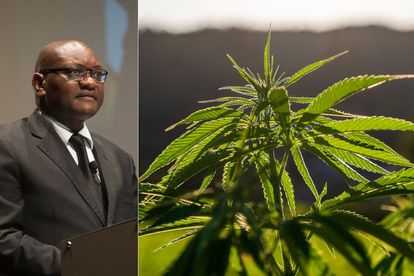 Gauteng Premier David Makhura stated that they want to turn the Vaal into a cannabis hub in the province. Photo: THE Events / Flickr and Stock Image / Pixabay

Gauteng Premier David Makhura stated that they want to turn the Vaal into a cannabis hub in the province. Photo: THE Events / Flickr and Stock Image / Pixabay

While speaking at the Presidential Imbizo, Gauteng Premier David Makhura noted that cannabis could hold the key to unlocking economic potential in the Vaal.

Makhura said on Friday, 12 August, Sedibeng remains a troubled area and wants to drive the economic regeneration programme. He met with residents to communicate about service delivery. EWN reports that unemployment in the area sits at 64%, which is the highest in Gauteng.

Makhura notes the cannabis would be for medicinal use

Makhura stressed that the production and processing of the plant would be for medicinal use. He noted that there are growers in Vaal and they want to turn the area into a trade cannabis hub in the province.

“This cannabis production and cannabis processing, particularly for medicinal use…we have growers here in the Vaal. We want to turn the Vaal into a trade cannabis hub in the Gauteng province. We have met with them, we have already engaged with those cannabis growers, they are there,” said Makhura.

Gauteng government plans to use old mining land for cannabis

Previously, it was reported that the provincial government in Gauteng and the Department of Agriculture and Rural Development are asking for business partnership proposals. This is with regard to its new plan for cannabis industrialisation.

The Gauteng government has offered to lease state-owned land as well as tenancy in special economic zones in order to continue with the project. It has also suggested partnerships with other Government departments and collaborative funding. This suggestion is in hopes of growing the industry in South Africa.

Premier David Makhura also announced plans to set up the country’s first cannabis hub. He made the announcement at his state of the province address in February this year. The plans form part of a R45 billion smart city development at Vaal River.

The premier explained that the primary focus will be on growing the plant for medical use. He added that it would not be sold recreationally. Government has identified cannabis as a key economic differentiator for Mzansi in the years to come. Read the full story here.