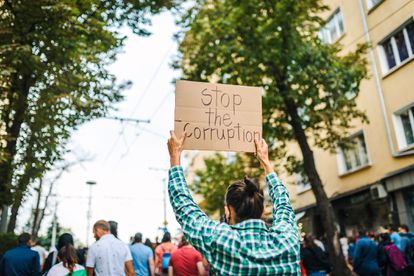 Former South African Airways (SAA) Group Treasurer Cynthia Stimpel will share her experience of being a corruption whistleblower during a webinar this Sunday, 24 October.

The webinar titled “The Lives and Trials of Whistelblowers in South Africa” is the second of a five-part series led by the Special Investigating Unit (SIU) which aims to highlight whistleblower and witness protection in the country.

Stimpel blew the whistle on corruption at SAA when she reported alleged potential contractual irregularities between the airline and private company BNP Capital. She was subsequently dismissed from her position.

Another guest that will feature during the webinar is Phumla Williams, the Director-General for Government Communication and Information Systems (GCIS). She gave compelling evidence at the State Capture Commission in 2018 about the alleged capture of the department.

The SIU described the webinars as one of the manifestations of the government’s National Anti-Corruption Strategy (NACS) which is a blueprint to combatting corruption.

“The NACS has six pillars and one of those pillars emphasize the need to promote and encourage active citizenry, whistleblowing, integrity and transparency in all spheres of society. This approach requires all sectors of society (public, business, civil society, religious and traditional) to play an active role in improving anti-corruption and integrity regulations,” the crime fighting unit said.

The SIU highlighted that whistleblowers and whistleblowing still largely remain one of the greatest weapons to fighting corruption.

Fraud and corruption allegations may be reported via the Hotline: 0800 037 774