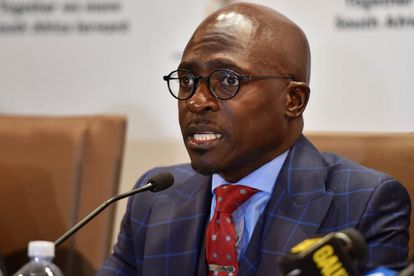 Minister of Home Affairs Malusi Gigaba during a media briefing on a significant breakthrough on corruption within the Prison and Home Affairs environment. (Photo: GCIS)

Minister of Home Affairs Malusi Gigaba during a media briefing on a significant breakthrough on corruption within the Prison and Home Affairs environment. (Photo: GCIS)

Home Affairs Minister Malusi Gigaba has been denied leave to appeal by the Constitutional Court.

Gigaba is having, what is turning out to be, one of the worst weeks in recent political history. Yet, while most South Africans are still reeling from visions of the lewd sex tape featuring the minister in the leading, and only, role – Gigaba’s troubles extend far further than being caught with his pants down.

Malusi Gigaba, the minister of mistruths

On Wednesday, the Public Protector, Busisiwe Mkhwebane, filed her explosive report which revealed that Gigaba had violated the Constitution of South Africa by lying under oath. Mkhwebane also noted that the Home Affairs minister had violated the Executive Ethics Code, for which he will be held responsible by parliament.

While President Cyril Ramaphosa and the speaker of the National Assembly, Baleka Mbete, mull over the appropriate action to take with regards to Gigaba’s gross misconduct, the Constitutional Court has added insult to injury by denying the minister’s application for leave to appeal against a lower court ruling which found that he had lied under oath.

Gigaba has also been forced to cover the legal costs involved with the unsuccessful bid – the final twist of the knife.

Gigaba’s dire predicament, which is likely to see him axed from parliament, all stems back to a court case involving a private terminal at OR Tambo International Airport, which was commissioned by Fireblade Aviation.

Unfortunately for Gigaba, he bit off more than he could chew when he came up against Fireblade Aviation – which is owned by the Oppenheimers – in a court battle which revealed the minister’s untruthful tendencies.

Gigaba was proven to have lied about all this. He had, in fact, given his approval for the terminal and had no evidence of a bribe being paid.

The Pretoria High Court slammed the minister for his deceitfulness. The Chief Whip of the Democratic Alliance (DA), John Steenhuisen requested that the Public Protector investigate the matter. Mkhwebane said in her final report:

“By telling a deliberate untruth on facts central to the decision of the case, the minister [Gigaba] has committed a breach of the Constitution so serious that I could characterise it as a violation.”

And now, in the end, the Constitutional Court has, once and for all, proven that Gigaba is a liar.

The Portfolio Committee on Home Affairs released a statement on Thursday, confirming that Gigaba would be summoned to appear on Tuesday 6 November, saying:

“The findings of the Public Protector and the Constitutional Court ruling point to a total disregard for the taxpayers resources as large sums of money were spent on frivolous litigation on the matter.”

Gigaba, who is surely a very worried man right now, will undoubtedly be punished by parliament and by his political party. For lying under oath, the Home Affairs minister may even find a new home behind bars.