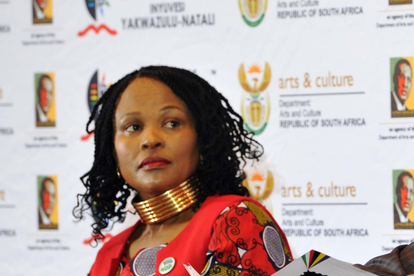 For a second time this week, Busiswe Mkhwebane has been dealt a heavy blow. This time, it is the Constitutional Court (ConCourt) that comes bearing bad news.

With that, a likely court date with President Cyril Ramaphosa over her suspension is far from being the only thing to gnaw at the suspended public protector’s mind.

SA’s apex court delivered its judgement on Wednesday, days after Ramaphosa rejected the ultimatum from Mkhwebane to reverse her suspension.

The apex court through Mkhwebane for a loop by dismissing her application for leave to appeal a Pretoria high court judgment, in which it set aside her report on former South African Revenue Service (Sars) deputy commissioner Ivan Pillay.

Her report related to Pillay’s early retirement with full benefits and subsequent retention at Sars. She released her findings in May 2019, one day before Cyril Ramaphosa’s inauguration as president.

However, after a review, a full high court bench declared the report unlawful and invalid before setting it aside in December 2020.

Its decision spurred the public protector into action as Mkhwebane applied for leave to appeal against the judgement. But another unfavourable response followed in April last year as the high court refused to grant her request.

Ultimately, the ConCourt said it considered the merits of the findings but found it had no option but to dismiss the application. The court added that the report bore no reasonable prospects of success.