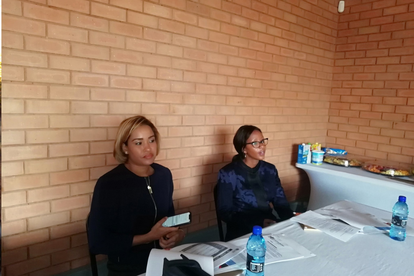 The cardiac unit and peacemaker lab of the Charlotte Maxeke Academic Hospital in Johannesburg has been labelled as problematic. The Department of Infrastructure and Development confirmed that there is a leakage issue, as well as, ageing infrastructure.

MEC for the Gauteng department, Bongiwe Gambu, said the leakage is more than a little plumbing issue.

She said that the leak is caused by a rusted flush master and aged infrastructure. Gambu says that the flooding that occurred in the cardiac unit was due to a contractor working on the plumbing system without isolating the water supply.

“There was also a leak above the cardiac unit last weekend due to a rusted Flushmaster and aged infrastructure,” she told City Press.

“Some of the leakages date back as far as two to three months, due to acts of vandalism in the intafloors.”

IS THE ISSUE EXAGGERATED?

Meanwhile, a relevant stakeholder of the Charlotte Maxeke Academic Hospital has dismissed the reports. SA Medical Association chairperson Angelique Coetzee said that the story has been blown out of proportion in order to speed up the fixing process.

“It seems many of the media reports are inaccurate and the problems in the hospital have been grossly exaggerated. They are now having to fix them [infrastructural issues at Charlotte Maxeke] on the fly,” Coetzee said.

Gauteng’s Health Department spokesperson Kwara Kekana assured the public that the Charlotte Maxeke Academic Hospital issue has been attended to.

“The flooding has been resolved and continuous inspection is conducted as this area is currently being repaired and not used. The division of cardiology is using resources in our cluster hospitals to perform theatre procedures,” Kekana said.

In other recent news on the Charlotte Maxeke Academic Hospital, the Gauteng Department of Health filed a theft case with the Hillbrow Police Station in Johannesburg after people apparently made off with several items belonging to the hospital.