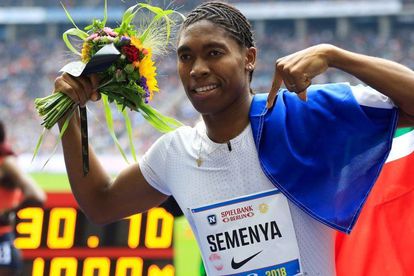 Caster Semenya will compete in the women’s 5 000m heats in Eugene, Oregon in the early hours of Friday morning. Photo: AFP

Caster Semenya will compete in the women’s 5 000m heats in Eugene, Oregon in the early hours of Friday morning. Photo: AFP

Caster Semenya will make her first appearance in a world championships in five years when she competes in the women’s 5 000m in Eugene, Oregon in the early hours of Friday morning (SA time).

Semenya last competed at a world championships in London in 2017 where she won her third 800m world crown.

A year later she won double gold in the 800m and 1 500m at the Commonwealth Games which is the last time she represented South Africa in a global international competition.

Semenya was forced to switch from her favoured distance to the longer event due to gender eligibility rules that required her to take testosterone-reducing drugs to compete in races between 400m to a mile.

Caster Semenya did not qualify to run in Oregon

Semenya did not actually qualify to run the 5 000m at this year’s World Athletics Championships and is only competing after a number of higher-ranked runners pulled out.

It would thus come as a massive surprise should she qualify for the final, let alone win a medal.

There are 17 other women in the same heat while Heat 2 contains 19 runners.

Only the top 5 finishers in each heat plus the next five fastest times will qualify for the final.

Should Caster Semenya be allowed to run any distance she likes? Click on the comments button below to have your say!